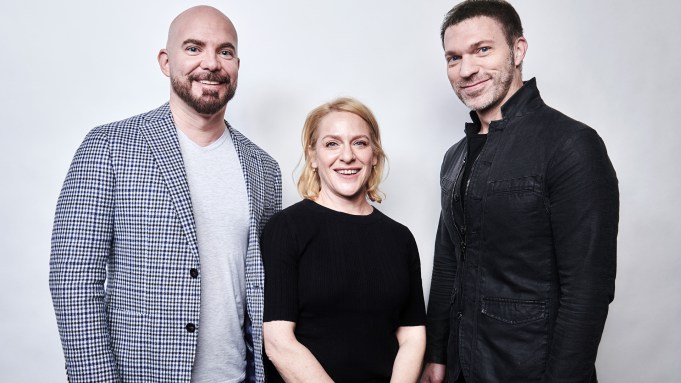 Missing Link represents an evolutionary moment for Laika Studios, the stop-motion specialist based in Oregon and the source of meticulous masterpieces such as Coraline (2009) and ParaNorman (2012). Those two previous hits centered on youngsters in supernatural situations, but with Missing Link the studio broke from that familiar tradition in favor of a big adventure film in the rousing traditions of the Indiana Jones movies.

At Deadline’s The Contenders Los Angeles, Laika president and CEO Travis Knight told the DGA Theater audience that the challenge of capturing a globe-trotting adventure within the tabletop filmmaking approach of stop-motion animation was an invigorating one.

“I grew up on a steady diet of adventure films…the idea of telling a story like that in our medium was really exciting,” Knight said, joined onstage by writer-director Chris Butler and producer Arianne Sutner. “Stop-motion is one of the first forms of filmmaking that was ever invented, it’d been around since Georges Méliès was sending rockets to the moon. So to be able tell a story like that that was essentially made in a warehouse on these tabletops was really exciting. To see that stuff come to life from our incredible crew was an absolute thrill.”

Next-level digital wizardry was required to expand the on-screen world and to free up the camera, and a deep roster of notable-name actors were lined-up to handle the colorful characters. Zach Galifianakis handles the title role as Mr. Link, a kind-hearted Bigfoot, while Hugh Jackman portrays Sir Lionel Frost, the gung-ho explorer trying to find Link’s Yeti relatives in Himalayas. Also aboard: Zoe Saldana, Stephen Fry, Matt Lucas, Timothy Olyphant and Emma Thompson.

The “big, bold, colorful” adventure was a departure from the Halloween tones of earlier Laika projects, Butler told the crowd of Academy and guild voters. “Stepping out of the shadows, if you like,” he said. “So in that sense it was a departure. And, I think, the other way it was a big departure is that it’s our first movie where the protagonists are adults. Before that we were always dealing with anguished kids. And now we’re dealing with anguished adults instead. It was a totally new playground in which to play.”