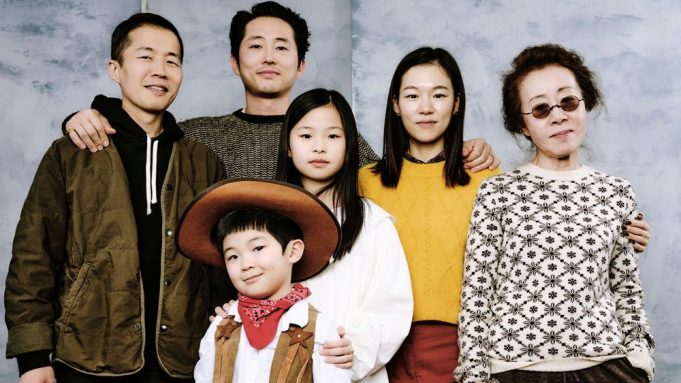 Written and directed by Lee Isaac Chung, Minari tells the story of a Korean-American family that uproots from metropolitan Los Angeles to rural Arkansas to chase the American Dream. The film not only gives a different perspective of the immigrant experience but parallels Chung’s own life.

Chung, who was joined in the Deadline studio at Sundance by the film’s stars Steven Yeun, Yeri Han, Yuh-Jung Youn, Noel Kate Cho and sartorial cowboy Alan Kim, talked about how things have changed in his own life since his last film in 2011.

“I had my daughter in 2013, we moved to LA and there’s just lots of things that were happening that were feeding into the desire to tell a story that’s more personal and to talk about what it’s like to be a father,” said Chung.  “It all kind of came together in 2018 when I started to just write down — as almost as an exercise — a bunch of memories that I have as a child when I was around Alan’s age. That was really the kernel, the seed of the story.”

The film from A24 and Plan B is set in the ’80s and connected with audiences at Sundance as it walked away with the Grand Jury Prize and the Audience Award in the U.S. Dramatic Competition. For Yeun, he connected with the beautiful script saying that it “captured a feeling of what an immigrant experience is like.”

He captured the feeling of what a family is like, of what marriage feels like, what growing up in a religious household feels like…there are so many things that I could relate to with Isaac,” said Yeun. “I hadn’t seen many tellings of stories of the other done in a way that wasn’t idealizing them or romanticizing them or needing them to be afflicted by some external force that validates their existence.”