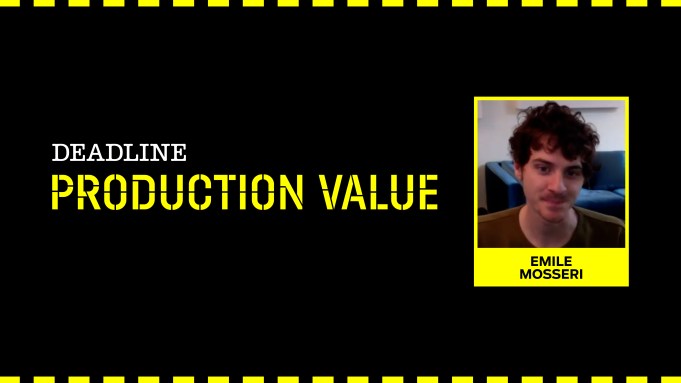 With Lee Issac Chung’s Minari and Miranda July’s Kajillionaire, composer Emile Mosseri brought to life two of the most distinctive and exciting scores in recent memory.

Taking these films on back to back, Mosseri found that both had qualities that he always looks for. “They’re both incredibly pure and honest works, written and directed by one person. Those stories are both very personal, and very imaginative,” he says, in the latest installment of Deadline’s Production Value video series. “[Both directors] are ripping their hearts out and putting it on the screen, in a way that is very unique and special.”

But for the composer, the common ground between these projects wasn’t the only draw. Equally compelling was what set them apart, allowing him to explore quite different sonic worlds. “Isaac’s is more autobiographical,” he explains, “and Miranda built a sort of other world that’s maybe not as recognizable at first, but is dealing with some big themes, as well.”

Loosely based on Chung’s childhood, Minari tells the story of a Korean immigrant family that moves to Arkansas in the 1980s, setting up a farm, in pursuit of their own version of the American Dream. A much more fantastical drama, Kajillionaire centers on Old Dolio (Evan Rachel Wood), a woman growing up in a family of petty criminals, whose world is turned upside down, after a chance encounter with a stranger.

Mosseri’s journey with these films started at different stages of their creative evolution. When he boarded Kajillionaire, picture was already locked, while in coming to Minari, there was only a script. Nonetheless, the first step in crafting each score was the same. “Generally, the beginning is one of the most fun parts of the process, where I just write a bunch of music in the spirit of the film—mostly on the piano, but on other instruments, sometimes,” he says. “I’m singing melodies, or playing guitar, or making early arrangements, and then I send all that music to the director and get calibrated with them, and see what resonates with them, and what our overlaps are, what music we both love.”

In working with July, the band Eola was one key reference. “There was this piece that was this chanting along with organ, and it was sort of hard to understand sonically where one thing ends and the other begins,” he says. “There was something human and primal about that, that was exciting.”

Ultimately, the sound that resonated with both Mosseri and July was a “circusy” kind of Old Hollywood music. “I was excited to write my version of that music for Kajillionaire, because her film does take place in LA. It is a strange Hollywood story, in its own way, and a love story, and a deeply romantic film,” he says. “It was fun for me to write my version of this unapologetically romantic, but also strange and off-the-beaten-path type of music.”

With Minari, in contrast, no specific references were discussed. Quickly cultivating a level of trust and mutual understanding with Chung, the composer wrote most of the themes for the drama before it was shot, subsequently traveling to its Oklahoma set, where the film was assembled around his early musical sketches.

On Chung’s film, the score ended up being guided, on one level, by what he and Mosseri knew they didn’t want. First and foremost, they looked to avoid the use of “overtly Korean” music. “Because I think sometimes, there’s a juxtaposition that works, when what you’re seeing on screen and what you’re hearing aren’t completely stylistically connected, but they’re spiritually connected,” Mosseri explains. “There’s something exciting about that space in between those two things.”

Interestingly, on both films, Mosseri’s contributions extended beyond the realm of score. On Kajillionaire, he arranged a new version of the classic Bobby Vinton tune “Mr. Lonely” for singer Angel Olsen, while on Minari, he created an original song.

The latter piece, “Rain Song,” saw Mosseri write lyrics to the melody that opens the film. “That was a really cool experience. The first cue is this instrumental piece, but it’s very lyrical,” he notes. “Then, when we were finishing the film, we were looking for a piece of music for the end credits, and I talked to Isaac about the idea of having this one melody bookend the film.”

Asking “hugely instrumental” collaborator Stefanie Hong to translate his lyrics into Korean, he then tapped Minari star Yeri Han as vocalist. “The song was, in a sense, a lullaby written from Yeri’s character to her son,” he says. “So, from Korea, she sang it, sometimes into an iPhone microphone, and would send me different takes, and we’d work across the ocean to build this thing.”

Also known as the lead vocalist and bass player behind beloved bands Human Love and The Dig, Mosseri gravitated towards music at an early age. “I grew up playing drums and playing in bands, since I was like 11,” says the self-taught musician. Inspired early on by groups like The Beatles and Simply Red, he then was drawn toward film music, when he heard Danny Elfman’s score for Edward Scissorhands. “That was the first score that I was completely swallowed up by and enamored with, just how romantic and sweeping it was, and what a big role it played in that film,” he says. “That was the first score that got me hip to the fact that that was even a job, [being] a film composer.”

After falling in love with film music, Mosseri went on to study classical composition in school. Subsequently, he spent his 20s on the road, playing in bands and beginning to score films—and just three years ago, he moved to LA, intent on balancing both sides to his career as an artist.

Mosseri’s first encounter with Hollywood was when music for The Dig began to be licensed for films, television and commercials. But his big break came in connecting with filmmaker Terence Nance, who directed a music video for his band, and later brought him onto his short film, An Oversimplification of Her Beauty. “That was in 2012, and then around 2018, he had a show picked up on HBO, called Random Acts of Flyness,” the composer says. “I was working on that show, and through [it], I had opportunities to get connected to Plan B, who made [Joe Talbot’s] The Last Black Man in San Francisco.”

In his scores to date, Mosseri has often embraced an “intentionally ambiguous” sonic palette, marrying organic and synthetic elements, and bringing the human voice into the picture. “I think in general, there’s something very primal and visceral about the human voice. But…you want to do it in a way where you don’t take [people] out of the experience,” he says. “I’ve used the human voice in a way that it’s sort of baked into the mix. It doesn’t announce itself overtly, but you do feel it.”

For Mosseri, one of the most enjoyable aspects of composing for film and TV is the fact that a unique collaboration will unfold on each and every project. “There’s nothing better than when you connect with another artist that you admire, and they pull something out of you, and you pull something out of them,” he says, “and then you work together to make this thing happen on screen, where the sum is greater than the parts.”

For more from our conversation with the composer behind the awards-contending titles, take a look at the video above.