Continue to Deadline SKIP AD
You will be redirected back to your article in seconds
Skip to main content
July 15, 2021 4:43am 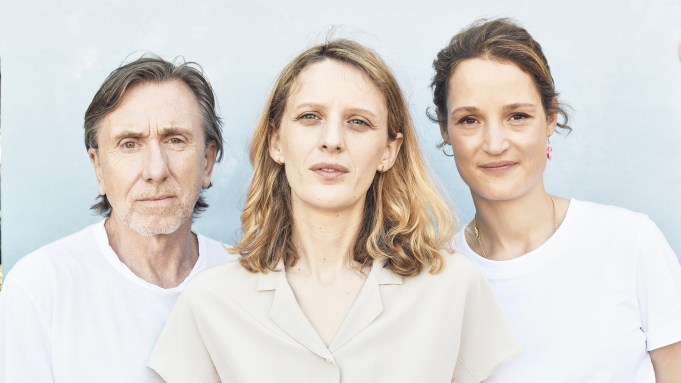 Mia Hansen-Løve’s long-gestating Bergman Island finally took its world premiere bow this week at the Cannes Film Festival, and quickly became one of the highlights of this year’s Competition. The film’s story follows Tim Roth and Vicky Krieps, who joined Hansen-Løve at Deadline’s Cannes Studio, and who star as a pair of filmmakers traveling to the Swedish island of Fårö, where legendary director Ingmar Bergman lived and worked, in order to finish their respective screenplays. There, their relationship is tested by their different paths and creative impulses, though they both fall in love with the island and its legacy.

The story takes a turn when Krieps’ Chris starts to detail the plot of the film she’s working on, and we’re whisked to another part of Fårö where we meet Amy and Joseph, played by Mia Wasikowska and Anders Danielsen Lie. It’s clear Chris’s film-within-a-film tale is more than a little autobiographical, and Hansen-Løve says her own telling of the film took on a similar personal resonance.

Check out the video above to hear from the team behind Bergman Island.