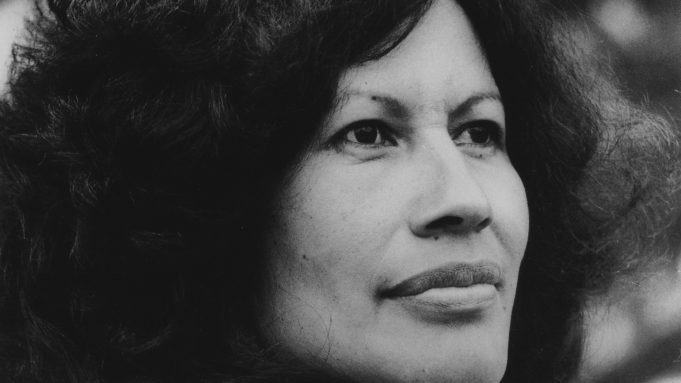 In the first trailer for ARRAY’s Merata: How Mum Decolonised the Screen we see exactly what the title suggests. The titular pioneering indigenous filmmaker and activist Merata Mita can be heard speaking truths about decolonizing and in indigenize cinema. Ava DuVernay’s ARRAY Releasing announced today that the film will go on a theatrical tour starting in London on May 3 and continuing through June 29 in Atlanta. The tour will make stops in New York Atlanta, Honolulu, Vancouver and Toronto. It will also screen May 7 at the Los Angeles Asian American Pacific Film Festival. ARRAY Releasing Vice President Tilane Jones also revealed that they will release the film on Netflix in the US, Canada and the United Kingdom territories on May 12 — just in time for Mother’s Day.

“What we see on screen is the dominant white monocultural perspective on life,” says Mita in the film. “We need to see our own.”

Mita was ahead of her time and fighting the fight of inclusion and ownership of cultural narratives that are often appropriated or “colonized” — and she continued to do so until she died in 2010. Some of her films include Keskidee Aroha (1980), Mauri (1988), Mana Waka (1990) and The Land Has Eyes (2004). Directed by her son Hepi Mita, the documentary premiered at the Sundance Film Festival and was acquired by ARRAY.

The docu, which marks Hepi Mita’s feature debut, is an intimate tribute from a son about his mother that delves in the life of the first woman from an Indigenous Nation to solely direct a film anywhere in the world. Known as the grandmother of Indigenous cinema, Merata’s independent political documentaries of the ’70s and ’80s highlighted injustices for Maori people that often divided the country. Mita was fearless in her life, her activism and her art. Merata chronicles Mita’s journey to decolonize the film and television screens of New Zealand and the world.