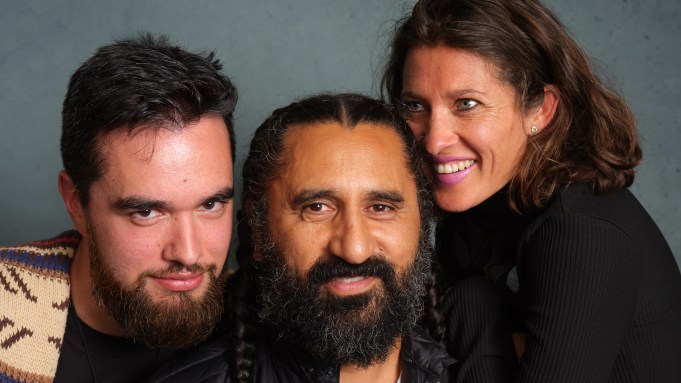 The youngest child of Merata Mita, the first Māori woman to write and direct a feature film, Heperi ‘Hepi’ Mita grew up with only a partial picture of who his mother was. A groundbreaking artist and activist who broke through barriers of race, class and gender in the 1970s, Mita sacrificed a great deal to give voice to the voiceless, and speak truth to power, as depicted in her son’s feature debut, Merata. After his mother passed away, Hepi came to see his mother more clearly, but growing up, he only knew her as ‘Mum.’

“It’s funny. When you grow up with that type of context, you don’t really know that anything special is going on. You take for granted the opportunities that you’re given,” the director told Deadline at Sundance. “It took me a while after she passed away to really process the magnitude of what she had done, and what she had achieved, but not only that—where she came from, and the struggles she had to go through to achieve the things that she did.”

With a background in journalism, Mita has spent the last eight years working in a film archive, and it was there that he gained new insight into who his mother really was. By the time Hepi was born, his mother’s Hollywood career had taken off. A regular presence at Sundance over the years, Merata wound up a beloved advisor to the Sundance Institute—and this, Hepi knew. It was seeing interviews with Merata, and gaining a sense of her “early activism work” through the archive, that would light a fire under Hepi, leading him to experience Park City for the first time as an artist, rather than at his mother’s side.

Titled Merata: How Mum Decolonised the Screen, Mita’s doc started out as a “little bit of a tribute package,” which caught the attention of Cliff Curtis, a fellow indigenous New Zealander who had met Merata in Hollywood early in his career. “She was from this very small village, and she gave me a sense of context, in terms of being indigenous, being Māori, and having a global presence,” the actor-produced shared. “She was very inspirational to me in that regard.”

A couple of months went by before Curtis reached out to Mita with an offer he couldn’t refuse. Curtis was starting a new production company, and wanted one of his first projects to be about Mita’s mum. Serving as executive producer of Merata, Curtis turned early on to Chelsea Winstanley, asking her to come on board as the pic’s producer.

Like Curtis, Winstanley had been profoundly moved and inspired by Merata over time. She had been on board Merata’s final project, and when the filmmaker passed on, “that was a huge shock for the community back home and around the world, the indigenous filmmaking community.” Bringing her talents to the project, Winstanley wanted to pay tribute to an artist who was “such a mentor to me,” and “was doing so many things for women.”

“I absolutely had to say yes,” the producer continued, “and it’s been probably the most rewarding production I’ve ever done.”

For Curtis and company, the takeaway from the documentary, is clear. “I suppose she was quintessentially a person who spoke for those that couldn’t speak for themselves. Whether it be children or women or indigenous peoples, that was clearly her mission in life,” the EP said of Merata Mita. “She was a true firebrand, and that was I think her greatest gift.”

For more from our conversation with the artists behind Merata, take a look above.