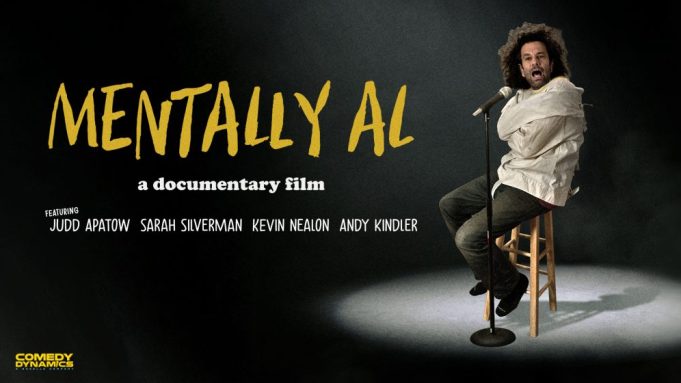 EXCLUSIVE: Idiosyncratic standup comic Al Lubel has plied his trade in relative obscurity, but that may change with the release of a new documentary about “the greatest comedian you’ve never heard of.”

Comedy Dynamics on Tuesday announced its acquisition of Mentally Al, a film directed by Joshua Edelman that explores the atypical comedic mind of a man widely admired by his peers, if not well known to the general public. The documentary will be released August 24 through a “hybrid distribution system” that includes multiple platforms: Comcast, Amazon Prime Video, Apple TV, Spectrum, Peacock, Dish, Google Play, Vimeo, and YouTube.

“We are excited to finally share the story of one of the comedy world’s most singular and enigmatic figures” Edelman noted. Added Brian Volk-Weiss, founder and CEO of Comedy Dynamics, “This documentary will go a long way in introducing Al, a true comedian’s comedian, to a new generation of comedy fans worldwide.”

“He’s an artist,” declares fellow comedian Sarah Silverman in a new trailer for the film. “Before there was a word for alternative comedy, there was Al.” Observes Judd Apatow, “Comedians know that Al is crazy funny. And then I think comedians also worry about Al, because you can tell he’s going down some wormhole in his own mind.”

Lubel first emerged on the standup scene more than 30 years ago, after initially practicing law.

“Al’s career in comedy began when he won Star Search in 1988. He has opened for Bill Hicks and Jerry Seinfeld, and been a guest of David Letterman, Jay Leno, and Johnny Carson,” notes a release about the documentary. “He captured the Edinburgh Fringe Festival’s Amused Moose Award (2013), and was featured in the Showtime/PBS special A Standup Life, the ESPN series Bill Walton’s Long Strange Trip, and the animated Comedy Central show Dr. Katz… [T]he film captures both the exhilarating highs and excruciating lows of a life devoted to the pursuit of comedy for comedy’s sake.”

The acquisition deal was negotiated by Anna Roberts on behalf of The Nacelle Company, parent of Comedy Dynamics. Nacelle’s credits include the Netflix Emmy-winning series Down to Earth with Zac Efron, The Movies That Made Us, The Toys That Made Us, Behind The Attraction for Disney+, Sony’s Mad About You reboot, Netflix’s Kevin Hart’s Guide to Black History, The CW’s Discontinued, All The Way Black for BET+, among many others.

Watch the Mentally Al trailer above.