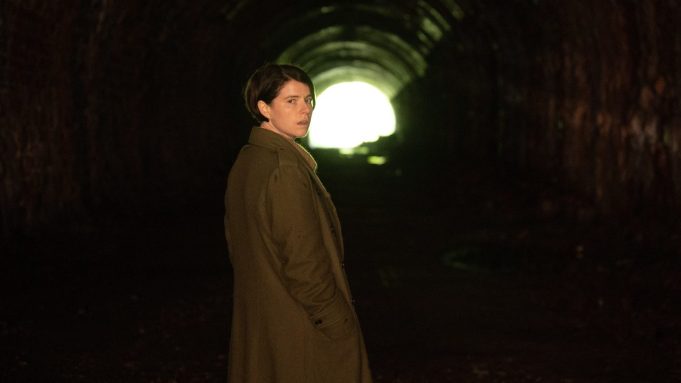 A24 today unveiled a full trailer for Alex Garland’s anticipated horror film Men, starring 2022 Oscar nominee Jessie Buckley (The Lost Daughter), which is slated for release in theaters on May 20.

Pic centers on Harper (Buckley), who retreats alone to the beautiful English countryside in the aftermath of a personal tragedy, hoping to have found a place to heal. But someone or something from the surrounding woods appears to be stalking her. What begins as simmering dread becomes a fully-formed nightmare, inhabited by her darkest memories and fears.

Rory Kinnear and Paapa Essiedu round out the cast of the film written and directed by Garland. DNA’s Andrew Macdonald and Allon Reich served as its producers.

Garland received his first Oscar nomination in 2016 for his Ex Machina screenplay, having also directed that A24 pic. He then went on to helm the 2018 film Annihilation, also writing, directing and exec producing the FX on Hulu series Devs.

The filmmaker recently announced that he’d be reteaming with A24 on the heels of Men for Civil War, an action epic that has Kirsten Dunst (The Power of the Dog, The Beguiled) set to star alongside Wagner Moura (The Shining Girls, Narcos), Stephen McKinley Henderson (Dune, Bruised) and Cailee Spaeny (The First Lady, Mare of Easttown). Garland will direct that film set in a near-future America from his original screenplay. Details as far as its plot are being kept under wraps. A24 will produce, alongside Andrew Macdonald and Allon Reich of DNA and Gregory Goodman, and handle the film’s global release.

Buckley will also soon be seen in Sarah Polley’s drama Women Talking. Check out the first trailer for Garland’s Men above.