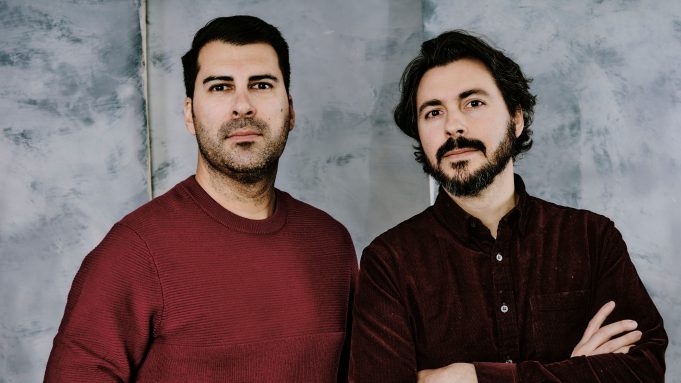 One of two directors behind McMillions, James Lee Hernandez came to the story for his first docuseries while scrawling casually through Reddit one night in 2012.

“I saw a TIL—‘Today, I learned that nobody really won the McDonald’s Monopoly game.’ I immediately tapped on it, because I loved that game as a kid, growing up during the ’90s,” Hernandez explained, sitting down at Deadline’s Sundance Studio with co-director Brian Lazarte. “My first job ever was at McDonald’s, when I was 16, and I needed to know more.”

A six-episode docuseries, produced by Mark Wahlberg’s Unrealistic Ideas, McMillions offers a window into the forgotten story of the McDonald’s Monopoly game scam. Featuring testimonials from FBI agents involved with the case, as well as individuals involved with defrauding McDonald’s out of more than $24 million, the series offers insights into how the crime went down, as well as how it was experienced by individuals on both sides of the law.

After Hernandez stumbled upon the seeds of this story, he looked far and wide for more information about it. “There was just a little, local Jacksonville newspaper article about it, and that was it,” the director said. “So, I Google searched for about the next year, trying to find as much info as I could about this thing, and I was shocked to not really find that much.”

Unwilling to let the story go, Hernandez’s next step in getting to the bottom of it all was to file a Freedom of Information request with the U.S. government. “It took a little over three years for that to go through, and then I could find out the federal agents who worked the case, as well as the U.S. prosecutor. I reached out to them, as well as FBI headquarters, to get permission to talk to all of them, and they were all very excited,” Hernandez shared. “Because they were like, ‘This is our favorite case we’ve ever worked. No one’s ever contacted us about this before.’”

Recognizing that he was onto something big, Hernandez then met with Lazarte for lunch, to get his thoughts on a potential documentary project. “On the surface, it’s a great idea, a great story, and we just started talking about, ‘Well, does this warrant making anything about it?’ I don’t think we were even thinking [about a] series at the time,” Lazarte said. “The idea was just, ‘Are there characters who can actually tell this story? And is it large enough that it could actually fill even an hour and a half of a feature doc?’”

After going out and filming with FBI agents, the federal prosecutor involved with the case, as well as several ‘prizewinners,’ Lazarte had no doubt in his mind that the story at hand needed to be brought to the screen.

Ultimately, though, while agents at the FBI were quickly agreeable to taking part in McMillions, it took more time to convince those on the criminal side of the story to speak on camera. “This is, most likely, one of the worst things that’s ever happened to them, if not the worst, and it’s something that’s still there, even today. Becoming a federal criminal completely changes being a citizen in America, so they’re very sensitive about it,” Hernandez said. “It took a while for us to build relationships with them, letting them know that we’re not just some slick Hollywood producers. We’re regular people that are just very intrigued by the story, and want it told completely, from all angles.”

First screened for a Sundance audience on Tuesday, McMillions will debut on HBO on February 3rd. To hear more about the making of the docuseries, click on the video above.