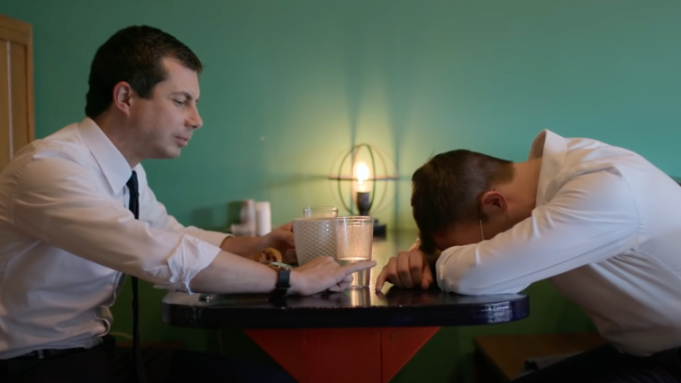 “When I talked about coming out, that was for everybody who’s tried to figure out how to be who they are,” Pete Buttigieg says in Mayor Pete. “The challenge of course is: how do you master the game without it changing you?”

Buttigieg reflects on his coming out story and campaign in the trailer for the Amazon Prime original documentary Mayor Pete, which is set to premiere on the streamer November 12. From director Jesse Moss (Boys State) and co-written by Moss, Amanda McBaine and Jeff Gilbert, the film chronicles Buttigieg’s campaign to be the first openly gay U.S. president, from the earliest days to his unlikely, triumphant victory in Iowa and beyond.

The film also reveals what really goes on inside a campaign for the highest office in the land — and the myriad ways it changes the lives of those at its center. Now the U.S. Secretary of Transportation, Buttigieg serves as the first openly LGBTQ cabinet member in U.S. history.

The documentary premiered earlier this year at the Chicago Film Festival; was the opening night film at the 33rd annual LGBTQ+ Film Festival, NewFest; and screened at the Heartland Film Festival in Indianapolis.

In addition to Amazon Studios, producers of the film also include the Artemis Rising Foundation and Story Syndicate.

Check out the trailer above for more.