Continue to Deadline SKIP AD
You will be redirected back to your article in seconds
Skip to main content
July 19, 2019 9:42am 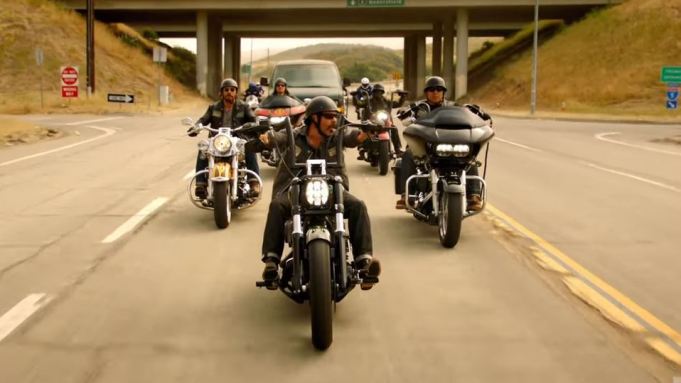 “We’ve hit an ugly bump,” the Mayans president tells his club. “We gotta do something — or we lose everything.”

Here is the Season 2 trailer for Mayans M.C., Kurt Sutter’s Sons of Anarchy spinoff drama that focuses on a prospect in the Mayans charter on the California-Mexico border. The new episodes find Ezekiel “EZ” Reyes (JD Pardo), once the golden boy with the American Dream in his grasp, trying to reconcile with his brother Angel (Clayton Cardenas) while searching for the truth behind their mother’s death. Meanwhile, their father Felipe (Edward James Olmos) is struggling to lead his sons down a righteous path — even as secrets emerge about his past.

The show has its Hall H Comic-Con panel at 1 p.m. Sunday in Hall H of the San Diego Convention Center.

Mayans M.C. bowed in September as 2019’s highest-rated new cable series in Live+3. Produced by Fox 21 Television Studios and FX Productions, the 10-episode Round 2 of Mayans M.C. gets its motor runnin’ Tuesday, September 3, on FX.