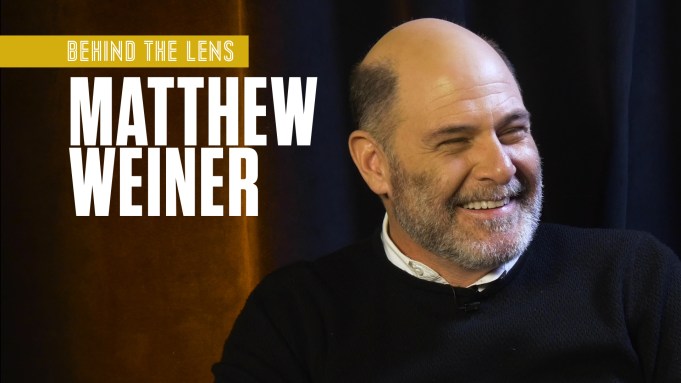 How do you follow an enormous success like Mad Men, which won four consecutive Best Drama Series Emmys? Or being a key creative on The Sopranos, equally iconic? Nine-time Emmy winner Matthew Weiner did what he always does and came up with a singularly cinematic concept — The Romanoffs, an anthology series for Amazon that traveled the world to tell specific stories of people who believed they were related to Russia’s famed Romanoff dynasty, the family members who were murdered in cold blood exactly 100 years ago.

Our discussion for my Deadline video series Behind the Lens was so fascinating we are offering not only the usual edited version (click on the video above) focusing on his new series, but also the complete interview (see the video below).

For the Romanoff death centennial, Weiner created a contemporary show with connective tissue to that clan simply because he was always interested in them and felt the time was right. As part of a wide-ranging conversation, Weiner explained that since the Romanoff family deaths in 1919, 150 people around the world have come forward to claim they are related.

He says it is an appropriate theme for today’s America — basically being to convince anyone that who you say you are, you are. He explores the idea in the eight-part series that legacy has become an important part of our lives, whether it be the Romanoffs, the Kennedys, or whoever (he also notes how it has become even more prescient since he came up with this idea, before the 2016 election). He directed all eight episodes of the series, and brought together key people who worked not only in front of the cameras but also behind the scenes of Mad Men to pull it off.

Weiner also talks about the variety of stories he could do in this format, from horror to comedy to Hitchcock to a ’70s Mazursky-style movie. The Romanoffs was shot on three continents, which enabled him and his team to work with locals in ways they have never experienced on a show that can freely be watched in any order.

After watching our conversation, check out past episodes of Behind the Lens here.