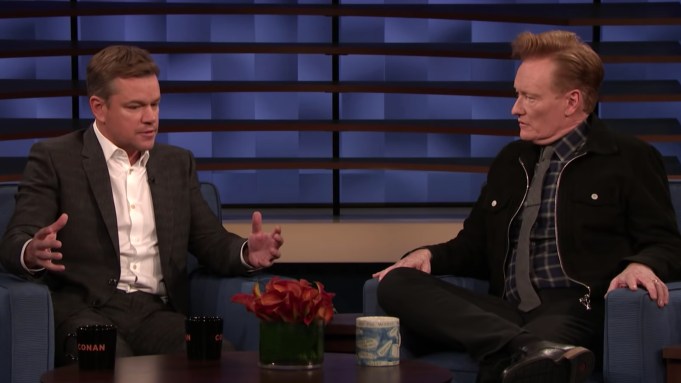 Matt Damon envies Tom Cruise at least one thing: Film’s longtime Jason Bourne admits he can’t match the Mission: Impossible star when it comes to heights. No, not as in tall, as in jumping from tall buildings.

On TBS’ Conan last night, Damon told Conan O’Brien about his fear of heights, a body-freezing terror that prompted Damon to ask Cruise for advice.

At a dinner years ago, Damon pulled Cruise aside and asked about a certain high-jump stunt for a Mission: Impossible movie. Cruise said he’d been dreaming of the stunt for years, and asked his “safety guy” how to accomplish it. The safety guy said you don’t, it’s too dangerous.

“So I got another safety guy,” Damon says Cruise told him.

Damon says he would have had a completely different response to his own safety guy. But no spoilers – check out the clip above to hear it.