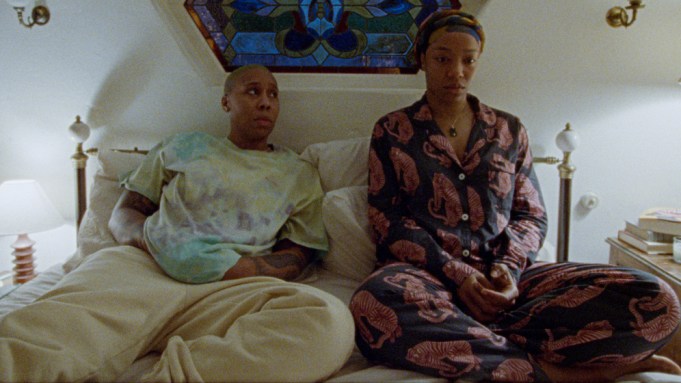 We’re getting the first look at footage of the long-awaited Season 3 of Aziz Ansari’s Emmy-winning series Master Of None. Netflix unveiled the trailer Monday, along with a May 23 premiere date for the Universal TV-produced series.

The new season focuses on Lena Waithe’s character Denise and her relationship with her partner Alicia (Naomi Ackie).

Directed by series co-creator Ansari, and scripted by Ansari and Waithe, the new season is a modern love story that intimately illustrates the ups and downs of marriage, struggles with fertility, and personal growth both together and apart, per the description. Fleeting romantic highs meet crushing personal losses while existential questions of love and living are raised.

Co-created by Ansari and Emmy winner Alan Yang, the slice-of-life series focuses on the comfortable irreverence of a conversation between friends as they discuss commitment and love, race and family — and the millennial battle between ambition and obligation.

Per Netflix, Season 3 delivers an evolution of the series that remains tethered to previous seasons while breaking new storytelling ground of its own.

Waithe and Ansari won an Emmy for outstanding comedy writing for the Season 2 episode “Thanksgiving,” which focused on Waithe’s character’s relationship with her family. Ansari and Yang also shared an Emmy win for writing in its first season.