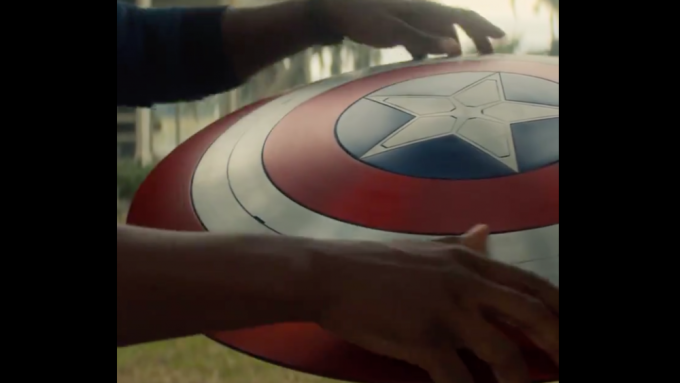 Here’s a sign of the times: Hollywood’s most impressive assemblage of big-screen heroes for any Super Bowl commercial this year was promoting a small-screen project. The advertiser was Disney+, the subscription streaming platform, and the pitch was for the upcoming slate of Marvel Studios series that will showcase the superhero factory’s familiar feature film properties in tie-in adventures.

The stirring commercial set off an instant chorus of social media reaction (with most of it positive and anticipatory) and aired during the still-competitive fourth quarter of Super Bowl LIV on Fox, a match-up between the San Francisco 49ers and the Kansas City Chiefs.

The spot started with the Falcon (portrayed by Anthony Mackie) wrenching Captain America’s iconic star-spangled shield from a tree and then hurtling the unique weapon. The scene is from the upcoming The Falcon and the Winter Solder series that team Mackie with Sebastian Stan’s haunted, one-armed former assassin. The two are grieving the loss of their compatriot Steve Rogers, aka Captain America, who followed his destiny into the past in Avengers Endgame, the biggest global box-office moneymaker in Hollywood history.

The preview (above) is a scant 30 seconds long but it packs a lot in. The spot has a fascinating montage, for instance, from the loopy WandaVision series which teams the Scarlet Witch (Elizabeth Olsen) and her bio-synthetic beau, the Vision (Paul Bettany), and follows their eccentric experiment in domestic bliss.  The montage flips through famous sitcom household settings (some in black and white) with the two Avengers wrapping themselves in sweaters, loafers, aprons and other regalia of suburban sit-com lore. The show looks like a daft deconstruction of the nuclear family and a cosmic brand of unexpected small-screen comedy.

The third show incorporated into the commercial is Loki, which brings back Tom Hiddleston as the nefarious villain that Marvel moviegoers most love to hate. “I’m going to burn this place to the ground,” he sneers in the spot, Hiddleston has portrayed the Asgardian trickster and adopted brother of Thor in seven films to date. Loki sacrificed his big-screen life in the epic struggle with Thanos but, of course, the mighty Marvel Cinematic Universe can’t be held back by such challenges no matter what size screen it happens to inhabit.