Continue to Deadline SKIP AD
You will be redirected back to your article in seconds
Skip to main content
April 21, 2021 11:29am 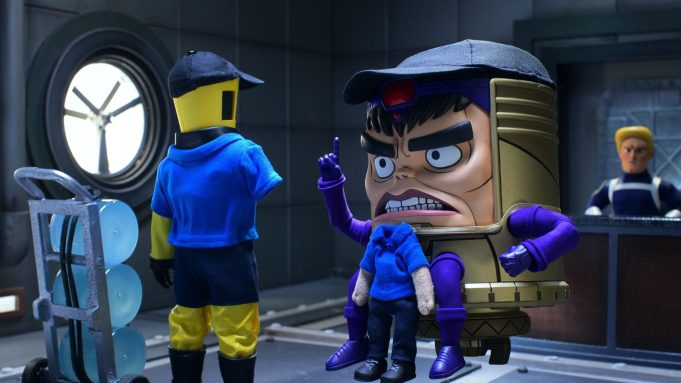 Created, written and executive produced by Jordan Blum and Patton Oswalt, the series centers on the Marvel Comics character of the same name. A megalomaniacal supervillain with a large head and a small body, M.O.D.O.K. has long pursued his dream of conquered the world, after being bullied growing up for his distinctive features.

“They called me ‘big head,'” a young M.O.D.O.K. cries in the trailer. But fear not, his mother says. “One day, that big, beautiful, womb-wrecking head of yours is going to change the world.”

After years of setbacks and failures fighting some of the Earth’s mightiest heroes, the character has run his evil organization, known as A.I.M., into the ground. As he’s ousted from his position as leader of the group, the Mental Organism Designed Only for Killing also contends with marital issues and challenges with family life.

The first ten-episode season of Marvel’s M.O.D.O.K premieres on Hulu on May 21.

Check out the trailer for the series above.