Continue to Deadline SKIP AD
You will be redirected back to your article in seconds
Skip to main content
June 19, 2018 11:10am 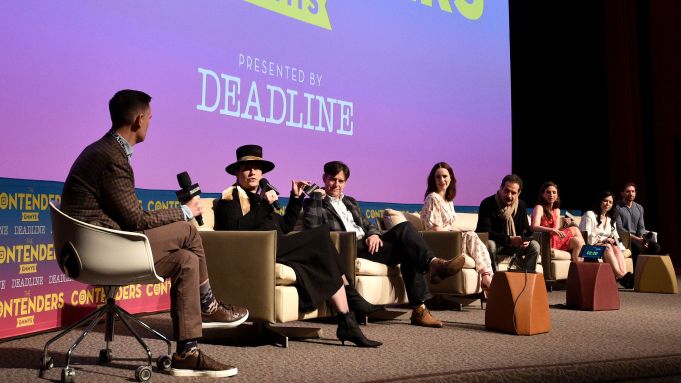 Amy Sherman-Palladino and Daniel Palladino are known for fast-paced dialogue on their shows, and the Golden Globe-winning Amazon series The Marvelous Mrs. Maisel isn’t any different. But to the show’s creator, the dialogue isn’t as fast as everyone claims.

“Amy and I have contended that it’s not our stuff [where] everyone is talking fast — everyone is talking too slow,” Daniel joked during the series’ panel at Deadline’s The Contenders Emmys. He points out, “In real life, people have quick conversations,” and on TV there are always dramatic pauses and eye rolls that pad the dialogue.

“These are theater people — you can throw anything at these people,” Amy Palladino said.

In regards to the dialogue, Brosnahan said the scripts they get for Maisel are about 15 pages longer than a normal script, adding “Our brains and our mouths are getting a workout every day — there’s definitely a learning curve.”

Said Shalhoub: “It echoes back to the movies of the 1940s. In that style, there wasn’t a lot of time for acting to include all that psychology that we indulge ourselves in nowadays. Those old movies they are talking at breakneck speed, but it’s all real.”