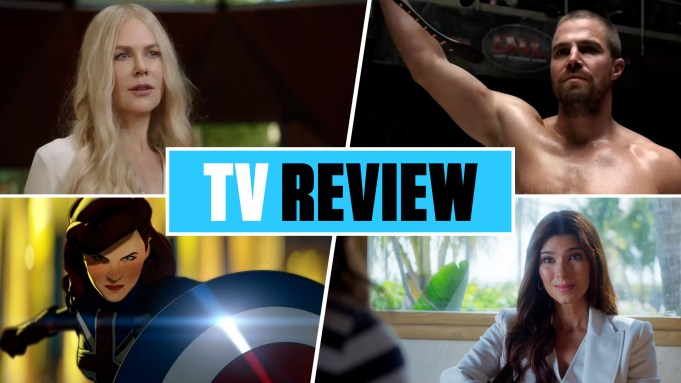 This week marks the 48th anniversary of the fabled “Back to School Jam” hosted by DJ Kool Herc at 1520 Sedgwick Avenue in the Bronx, a gathering that is now celebrated as the birth of hip hop. With that belated Happy Birthday on decks and a touch of #throwbackthursday, there are some serious series dropping on the small screen this week.

The age-old question is which one is the show you have to watch? The answer, of course, is in my video review above.

More of a sequel than a reboot or revival, the latest Fantasy Island debuted on Fox on August 10. Roselyn Sánchez portrays the family successor to Ricardo Montalbán’s Mr. Roarke in the new series, from writer-producers Liz Craft and Sarah Fain, Sony Pictures TV and Gemstone Studios in conjunction with Fox Entertainment.

There isn’t a Tattoo quite like the iconic role played by Hervé Villechaize next to Sánchez’s white-suited Elena Roarke, but there sort of is.

Created by Gene Levitt and executive produced by Aaron Spelling and Leonard Goldberg, the original Fantasy Island ran on ABC from 1977-1984. Montalbán’s mysterious Mr. Roarke and Villechaize’s Tattoo granted guests so-called “fantasies” on the island for a price – which was often not what the visitors thought it would be.

Filmed in part on location in Puerto Rico, this Fantasy Island takes the same approach. The series also stars Kiara Barnes and John Gabriel Rodriquez, with guest stars dropping in every week.

Disney+ ventures into its first but surely not last animated Marvel series with What If …? which launched on the streamer on August 11.

Based on the beloved comic of the same name and brought to the small screen by writer AC Bradley and director Bryan Andrews, the alternative universes and outcomes of What If…? feature Jeffery Wright as the all-seeing Watcher. MCU alums galore are also on board with Samuel L. Jackson, Chris Hemsworth, Mark Ruffalo, Josh Brolin, Hayley Atwell, Jeremy Renner, Paul Rudd, Natalie Portman, Michael Douglas, Michael B. Jordan, Sebastian Stan, Michael Rooker, Tom Hiddleston and the late great Chadwick Boseman reprising their roles from the blockbuster live-action films.

The Big Little Lies team of Nicole Kidman, David E. Kelley and author Liane Moriarty have reunited for Hulu’s Nine Perfect Strangers. Set to launch with a trio of episodes on the Disney-controlled streamer August 18, the limited series focuses on a 10-day encampment at a mysterious retreat overseen by Kidman’s Russian-accented Masha.

So, which one is the show you have to watch? Watch the video review above to find out.