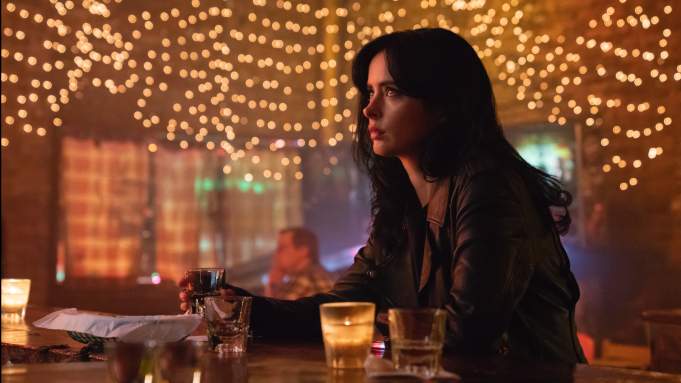 EXCLUSIVE Jessica Jones is living on borrowed time. The Netflix series that some have been called television’s top achievement in superhero storytelling returns this Friday for its third season, which will also be its last. (All of the Marvel Comics adaptations on the streaming service are done or winding down, a situation driven by the marketplace-changing arrival of Disney+ come this November.)

In a Deadline exclusive, watch a new clip from Season 3 above. It shows the simmering tension between Jessica (Krysten Ritter), a hero with a lot of baggage, and her sister, Trish Walker (Rachael Taylor), a would-be hero with a lot of baggage. The noir-themed show exists in a world of tough choices and grim compromises but the Season 3 arc is primarily a search for the definition of “hero” and a quest to reconcile the elusive term with the legacies of a painful past and threats of an uncertain future.

The official synopsis: “When Jessica (Krysten Ritter) crosses paths with a highly intelligent psychopath, she and Trish (Rachael Taylor) must repair their fractured relationship and team up to take him down.  But a devastating loss reveals their conflicting ideas of heroism, and sets them on a collision course that will forever change them both.”