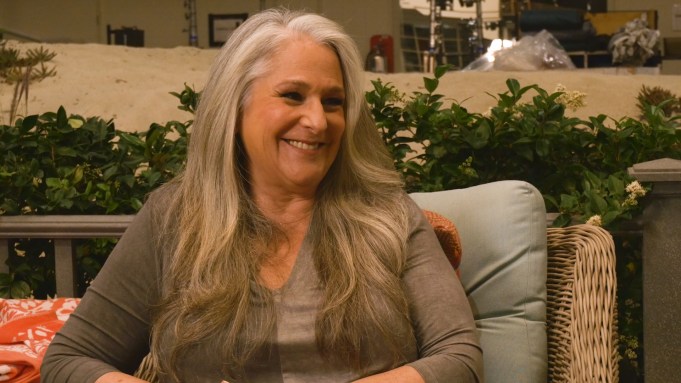 As a creator, producer, writer and sometimes even director, Marta Kauffman has become one of the go-to forces in television comedy with a résumé that includes a highly regarded six-season run with HBO’s hit Dream On , sitcoms like Veronica’s Closet with Kirstie Alley and The Powers That Be among many other credits. She is best known in the TV comedy world however for the enormously successful and everlasting influence of NBC’s Friends, which ran during the 10-year period between 1994-2004 and has never been out of prominent syndication.

Kauffman, who worked on so many of those shows with then-longtime partner David Crane, has now established herself in new ways with the successful Netflix comedy Grace and Frankie with Jane Fonda and Lily Tomlin, along with other projects of a different vein including the compelling documentary about  crusading lawyer, Gloria Allred, Seeing Allred, also for Netflix. Both of the latter projects have again put her in Emmy contention this year and also show how varied she can be as a longtime survivor of the industry.

For my Deadline video series Behind the Lens, I recently visited her during a break on the Paramount Studios sets of Grace And Frankie, which is in production for its upcoming fifth season. We talked about everything including why this series fills a need for more stories about the older generation, doing exactly what she did for Friends but on the opposite end of the age scale. And yes, we ask the question if Friends could ever come back in today’s reboot-crazy environment.