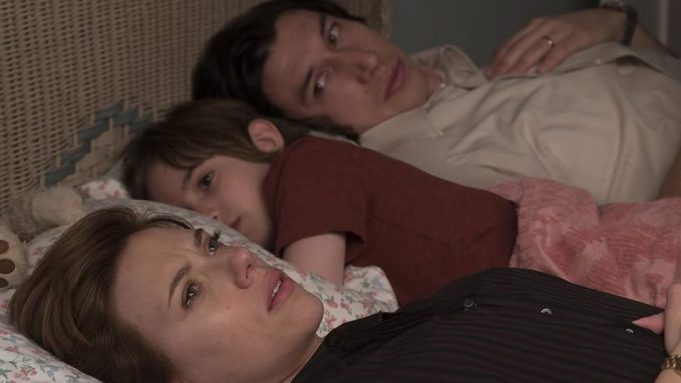 When a marriage fails, never trust just a single source about what went wrong. That’s the impetus behind the two new teasers for Marriage Story, writer-director Noah Baumbach’s drama starring Scarlett Johansson and Adam Driver that will bow at Venice this month.

The dual teasers focus on one parent’s side of the story, with each narrating the other’s. Watch one above and the other below.

The film is described as the rapid tangling and gradual untangling of impetuosity, resentment and abiding love between a married couple negotiating their divorce and the custody of their son (Azhy Robertson). Driver plays Charlie, a 100 percent New York experimental theater director; Johansson is Nicole, his principal actress and soon-to-be-L.A.-based ex-wife. Their “amicable” breakup devolves, one painful rash response and hostile counter-response at a time, into a legal battlefield, led on Nicole’s side by Laura Dern and on Charlie’s side by “nice” Alan Alda and “not so nice” Ray Liotta.

Merritt Wever and Julie Hagerty co-star in the film, along with Wallace Shawn, Martha Kelly and Mark O’Brien. David Heyman and Baumbach are the producers, with Craig Shilowich exec producing.

Have a look at both teasers (one above, and one below), pick a side or don’t, and tell us what you think.