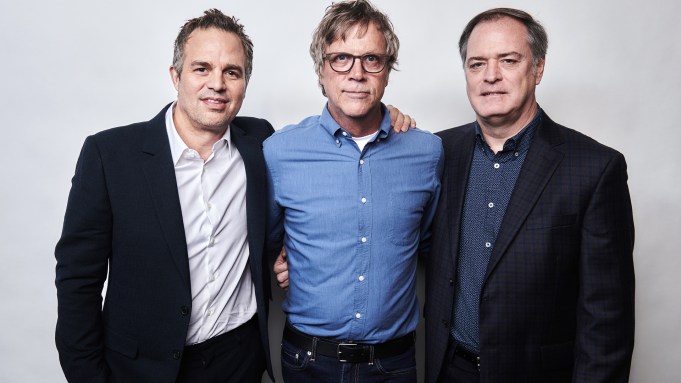 As part of Focus Features’ presentation recently at Deadline’s The Contenders Los Angeles, the DGA Theater crowd packed with Academy and key guild voters felt a collective chill down its spine as the plot of Dark Waters was explained not only by producer and star Mark Ruffalo and director Todd Haynes, but also by the Midwestern lawyer at the heart of the movie’s story. It was one of a record number of heroic true-life stories on display at the ninth annual all-day Contenders L.A. this year.

Ruffalo plays Robert Bilott, the Ohio lawyer who took on DuPont — the Big Chem client his own firm represented — waging a 20-year battle to right its wrongs that began with a toxic dump of chemicals in West Virginia but which now affects water districts locally and globally. A problem flagged by a whistleblowing farmer became a David-vs.-Goliath tale, one Ruffalo thought could dovetail with his own real-life activism involving water and hydrofracking and make a larger impact on a scale only a widely seen movie can provide.

Ruffalo sat next to Bilott onstage as the latter praised the farmer who came to him in the first place, asking Bilott to do something; he tells us just how daunting it was. Haynes talks about Bilott having to create his own tools to wage this fight against the abuse of power, which remains a threat to everyone due to deregulation and non-regulated products. He also talks about how Teflon was a villain in this tale that has become one of the year’s most important films.

To watch my conversation with them, click the video above.