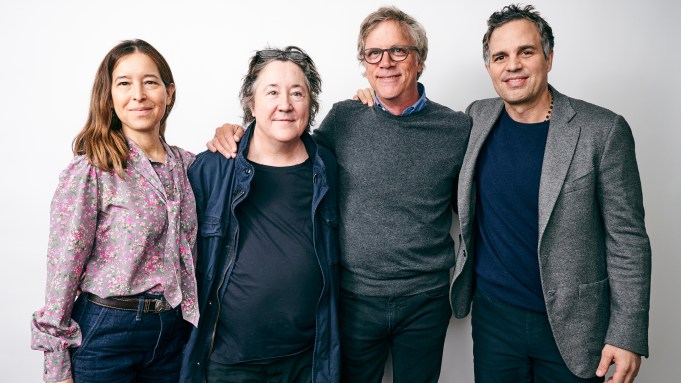 Mark Ruffalo’s dramatic true story Dark Waters began as a 2016 New York Times article “The Lawyer Who Became DuPont’s Worst Nightmare.” As the title suggests, the piece focused on a high-powered attorney, Rob Bilott, who took on one of the biggest companies in the world over the lethal contamination of ground water in an Appalachian town.

“I read it and I was floored by the breadth and scope of it and the fact that—I’m an environmentalist, I’m an activist and I work in the water space—and I knew very little about it,” Ruffalo said recently onstage at Deadline’s The Contenders New York. “It had all the elements that I thought would make a great film. And it was a moment where I was looking for things that sort of meshed my activism with my acting and filmmaking.”

Ruffalo plays Bilott, who started off as a corporate defense attorney but then “switched sides” to represent a farmer who lived next to a DuPont chemical plant in Parkersburg, WVa. The man’s cows were dying and he suspected chemicals produced by DuPont were the cause. It took decades, but Bilott won a multimillion-dollar class action suit that held DuPont liable for environmental horrors caused by dumping a toxic chemical used in Teflon and other products.

Ruffalo told the audience of Academy and guild voters at the DGA Theater that he’s received a lot of feedback on the film. “Garbage cans all over the nation are full of Teflon pans right now,” he said. “I just keep getting calls from people like, ‘My wife—thanks a lot, my wife’s in the kitchen now literally throwing away all of our cookware.’ ”

Ruffalo was joined onstage by producers Pamela Koffler, Christine Vachon and director Todd Haynes, who is best known for intimate dramas Carol and Far From Heaven.

“This was something that I’d never really tackled before as a director, this kind of a movie,” Haynes said of Dark Waters, which was released in theaters via Warner Bros at Thanksgiving. “But it it hearkened to a kind of film that I’ve always loved which is the sort of brooding, whistleblower films of the ’70s…the paranoia films of the 1970s… I think people want to see something that’s sort of a grown-up movie that is addressing real issues that have global and environmental implications, which this does to a degree that is astonishing.”