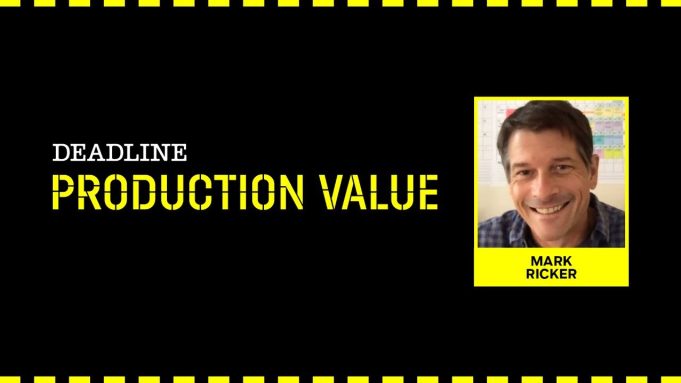 Over the course of his career, production designer Mark Ricker has stepped into the worlds of many real-life figures, including James Brown, Julia Child, Jack Kevorkian, Dalton Trumbo, and LBJ, finding his most recent, intriguing subject in Halston.

Prior to signing onto the Netflix series surrounding the iconic designer, Ricker was no expert on fashion, or fashion history. But preliminary research painted a pretty clear picture of what it was that he was going to be exploring. “It didn’t take a rocket scientist to figure out, ‘All right, we’re going to be in Studio 54. We’re going to be in Versailles. We’re going to be in Olympic Tower and the Paul Rudolph house,'” he says, in the latest installment of Deadline’s Production Value video series. “Those were the environments that excited me to get into and try to bring back to life.”

Halston presents a detailed portrait of the designer born Roy Halston Frowick (played by four-time Emmy nominee Ewan McGregor), following him from his childhood in the 1930s, through his rise to international fame in the 1970s, and beyond.

When Ricker first boarded the project, he spoke with EP-director Dan Minahan and cinematographer William Rexer in depth about a visual approach to the series—which would be informed, where possible, by photographs of Halston and key environments.

An early cinematic reference point for the collaborators was Alan J. Pakula’s classic 1971 thriller, Klute. “We looked at…the sense of composition and style, and the way Jane Fonda moved through the city,” Ricker explains. “You know, we were recreating a New York that at the time was gritty, [though] we didn’t necessarily see too many of those pockets in the [series]. More so in the beginning.”

When it came to recreating various period environments including Studio 54 and sections of the French Palace of Versailles, which served in 1973 as the venue for the Battle of Versailles fashion show, Ricker’s approach was fairly consistent. “You just look at a lot of research. You start figuring out, what are going to be the key pieces that will help sell the story?” he says. “What do we need that’s in the script? What are people going to remember? And you just try to combine them all.”

The main difference in tackling Versailles, in comparison to 54, was that events portrayed there were less well documented. Still, Ricker was able to help stitch the fashion show sequence together through storyboarding, leading up to carefully staged filming at a Jersey City movie theater, a Tarrytown theater and an estate in Yonkers, New York.

What worked in Ricker’s favor, with this sequence, was that the part of the palace he was recreating wasn’t the one “you’d typically see on the tour,” but rather “the side that you don’t go to…that people don’t know about.”

Specific environments aside, one of the major challenges for Ricker on Halston was to navigate the passage of time, as the series moved between decades. This, he accomplished through “a lot of charts, lists, schedules,” and communication.

“I always start with a breakdown that I call my ‘cheat sheet’ where I break down the script. I came up with this system when I did a movie about Jack Kevorkian, where we had an awful lot of hospitals and an awful lot of courtrooms,” Ricker shares. “It’s the way that I can get the material into my head. I organize it in a way that it’s like, ‘All right, these are the scenes. This is what happens; this is day, night, this is for exterior or interior.'”

As Ricker explains in his Production Value interview, he grew up loving movies, and was engaged in numerous creative endeavors from a young age. “I just was always creating things. I was the one heading up the floats for the homecoming parade, and the decorations for the prom and the community theater,” he says. “It was always some form of photography, or sketching or doodling, or making little architectural houses out of masking tape and shoe polish. It all sort of led to what I do now, which is sort of a cobbling together of all these various aspects that were interesting to me.”

Ricker grew up in North Carolina in the ’80s, and got his undergraduate degree at the University of North Carolina at Chapel Hill. His first exposure to the world of filmmaking was when he landed a job on the film Bill Durham, which had come to shoot in his hometown. “I just remember being on set one day in some sort of ancillary capacity, but suddenly being aware of the fact that there was an art department that was responsible for the sets that we were working on,” he says. “From then, all the dots aligned and the light bulbs went off.”

After working for a while as a prop PA and set dresser, Ricker went to NYU, where he got his MFA in set design. He was mentored early on in his career by production designers including Jan Pascale, Thomas Walsh and David Gropman, as well as prop masters Sandy Hamilton and Diana Burton and others. “Anybody you meet along the way, you’re going to learn from, and you’re going to work with and collaborate,” Ricker says. “It’s just a big, old, fabulous circus of personalities that will rove in and out of your life and your career.”

Ricker finds that some of the most interesting moments that come with the work he does are those in which he’s made to feel like “a casual observer of moments in history,” as was the case on Halston.

“I always think about those moments in the movie business,” he says. “I don’t know how many people they happen to. Maybe it happens more in the art department, but for just a split second, the multiple senses come together—what you’re looking at, what you’re hearing, particularly when something you’re smelling comes into it.”

Ricker recalls having one of these moments on Michael Mann’s 1992 film The Last of the Mohicans, on which he worked as a set dresser. “There was a moment on Mohicans when I was walking through the French encampment, and the bombs and the lights were going off…and we had a bunch of re-enactors who were there portraying these French soldiers,” he says. “They were just hanging out and building fires and playing piccolos, and there was a moment when I just saw the silhouette of the sky, walking through, and the combination of everything, I mean, I thought for half a second, I was there.”

Another notable project early on was Rebecca Miller’s The Ballad of Jack and Rose, which proved fascinating for multiple reasons. One was that the 2005 film was made in the thick of the SARS epidemic. Another was its star—Miller’s husband, Daniel Day-Lewis.

Ricker recalls that early on during prep, Day-Lewis was on hand, to help with set construction. “I remember tapping him on the shoulder at one point because he’d built a window…incorrectly, and I just was going to point a couple of things out,” he shares. “He turned around and looked at me, and I realized he wasn’t Daniel anymore. I mean, I was now talking to Jack the carpenter.”

While memories of experiences like this are enduring, the things that keep Ricker energized about the work he does are good scripts, and the puzzle of bringing any project to life, through the observation and presentation of even the most minute details.

“It’s working with all of the other people who get off on those same details, and exchanging notes and collaborating, and coming up with, what’s the version of the world that you’re going to recreate for the specific film?” he says. “Obviously it’s aesthetic, architectural details that interest me—set decoration, history, sociology, photography. It’s just combining all of it that makes it a great job.”

Check out our entire conversation with Ricker about Halston and more above.