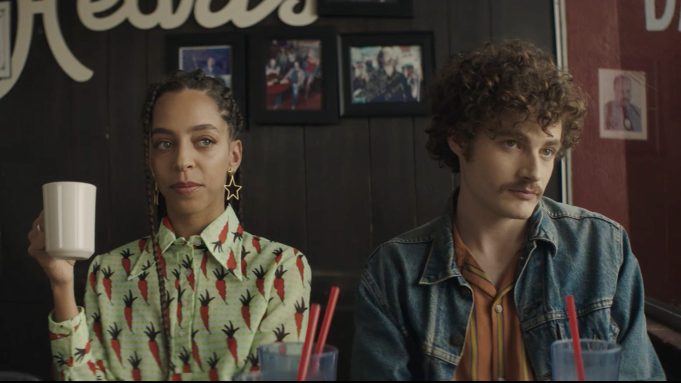 When Ben Rosenfield first read the script for the dramatic comedy Mark, Mary & Some Other People, he immediately responded to its honesty.

“It was exploring a subject matter that I felt a lot of people around me were talking about, or experimenting with in their own lives,” the actor said, in a recent appearance at Deadline’s virtual Tribeca Studio, alongside co-star Hayley Law.

Marks’ second feature following 2018’s After Everything centers on Mark (Rosenfield) and Mary (Law), college acquaintances who get together after graduation, and experiment with an open relationship. Subsequently, they go through a series of ups and downs which puts their future together in question, leading them to think deeply about what they really want, in life and love.

Prior to production on the indie, which called for incredibly vulnerable performances, Rosenfield and Law had never met. Once on set, though, they quickly developed the shorthand necessary to sell both the funny and dramatic sides of their characters’ story. “We were both super down and open,” notes Law. “I think we both knew what this film was going to require, to be natural, and it really helps when you’re working with someone who’s easygoing and fun.”

“In a way, it’s lucky that we just had good chemistry,” Rosenfield added. “But also, it just goes to show that Hannah knew what she was doing in casting us both, that she had a sense from meeting us that our energies would play together well.”

In conversation with Deadline, Law stressed that the feature presents just “one perspective” on ‘ethical non-monogamy.’ While she said she hopes that people “relate to something in the movie,” she also wouldn’t want it to “taint people’s view” of open relationships.

“I hope people see this is just…one couple’s experience,” she said. “I mean…I really hope that people still have their own approach to [relationships].”

The Deadline Studio is presented by Verimatrix. For more from our conversation with the stars of Mark, Mary & Some Other People—which premieres at the Tribeca Film Festival today, at 5 p.m. EST—click on the video above.