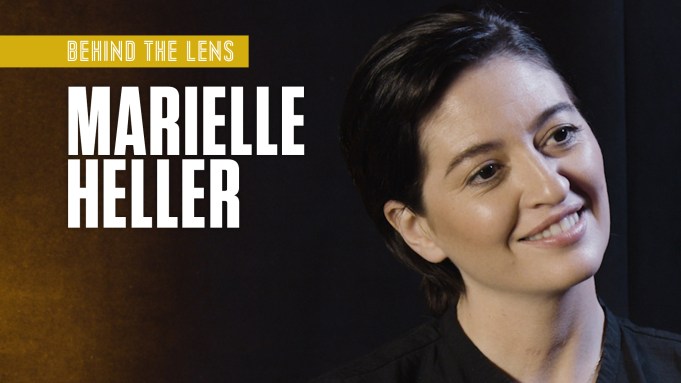 Marielle Heller, an actor-turned-director, has been behind the camera so far on only three films: Diary of a Teenage Girl (2015), Can You Ever Forgive Me?  (2018) and now this year’s A Beautiful Day in the Neighborhood. In each case there has been awards recognition, critical acclaim and Rotten Tomatoes scores all in the mid- to high-90s. And as for her latest, which is about how writing an Esquire cover story on iconic children’s show host Mister Rogers changed a writer’s life, there is much awards buzz again.

It is an enviable track record we talked about when Heller came to our Deadline studios for this week’s edition of my video series Behind the Lens. She says her journey in the past six years making these movies have given her the distinct confidence that she is not a one-movie wonder and just might have a real career behind the camera (I’ll say!), even though she loved her previous work in front of it as an actor. In fact, she talks about always thinking she would be on the road as a dedicated theater actor, but got frustrated by the lack of good roles for women. Thus a writer-director was born when she decided to take matters into her own hands.

In the case of A Beautiful Day in the Neighborhood, she says correctly it is far from a biopic on Mister Rogers — that was done last year with Morgan Neville’s successful docu Won’t You Be My Neighbor? — but instead is a character study of this damaged journalist whose life is transformed by his encounters with Rogers, played by Tom Hanks in essentially a large supporting role. Hanks had turned down the role over the past years several times, but when Heller came on board she gave him a call and got him to sign on, making her an instant hero with the producers.

In addition to details about the movie, she also talks about the camaraderie she has established with other female directors and the importance of sticking together to improve those imposing, sadly low statistics about the progress of seeing many more women step behind the lens.