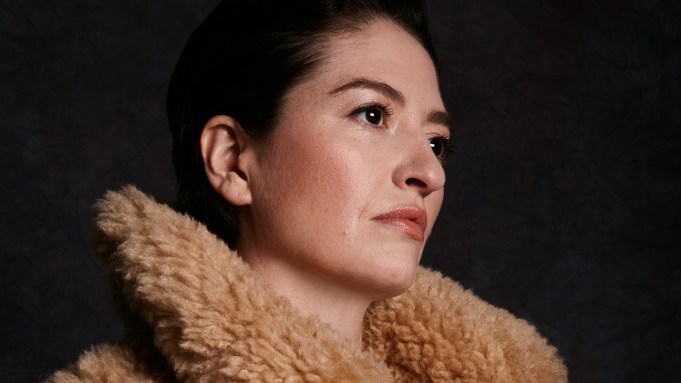 Marielle Heller’s new film A Beautiful Day in the Neighborhood, about the mild-mannered TV host Mister Rogers, seems set to receive awards recognition for its sensitive portrayal of a
national hero and the real-life connection he formed with a journalist who interviewed him.

Appearing at Deadline’s The Contenders London awards-season event, Heller explained why Fred Rogers, played by Tom Hanks, is genuinely an icon of our time.

“I think we’ve all experienced this wave of our heroes kind of being ruined in the last couple of years,” she said, “where we find out that these wonderful people who we believed in were not who we thought they were. But Mister Rogers really was. [His show] has sort of become part of the zeitgeist now, but it was a very low-production show made in Pittsburgh. He was on for 40 years, and he worked with child psychologists. He cared deeply about the way that children learn, and think, and grow, and really why he was so radical when he started in the ’60s was, he believed that children’s emotions mattered, and that they need help to kind of process those emotions. He was ahead of his time, actually.”

To tell Fred Rogers’ story, Heller sent her team straight to the source.

“We re-created everything as faithfully as possible,” she said. “We got original blueprints from 1968, we meticulously built these miniatures, which were part of the show … and every tie that you see that Tom Hanks wears in the movie was one of Fred’s real ties. His widow just kind of
said, ‘Go into his closet, take stuff.’ We really had a lot of respect and love for what he did, and for the world he created, and all of the people who had worked on the show with him. We wanted to make sure they felt like it felt real and felt authentic.