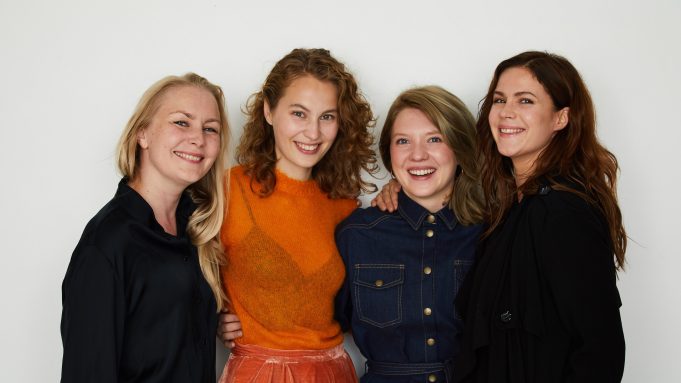 There were quite a few films about cults at this year’s TIFF, and one of the more provocative meditations on human manipulation came from Finland. Titled Maria’s Paradise, Zaida Bergroth’s film was inspired by the true story of Maria Åkerblom, who ran a cult in rural Finland that caused a major scandal back in the 1920s.

“I got extremely intrigued by this main character, Maria Åkerblom,” Bergroth told us when she came to the Deadline studio with her cast. “She lived in Finland in [the] 1920s, she was a leader of a Christian cult, and she was extremely charismatic, but she had a very dark side to her. After that, we started to write the script and explore her character, and then we came up with a story about Maria and her favorite girl follower, Salome, a young teenager who absolutely adored her, and didn’t see anything negative about her actions. It was their relationship that really intrigued me.”

Pihla Viitala, who plays Maria, admits that she was a difficult character to portray. “She’s very complicated,” she said, “and when we started to build up the character, we were wondering how she ended up being like she was. Basically, I was thinking that she wanted to have love and admiration from people, and, in this very selfish way, she was getting it. It was interesting to play because she was very unpredictable and limitless, so anything was possible.”

“The main idea was to really concentrate on the love and power in their relationship,” said Bergroth, “because I think no relationship is free from that power balance anyway. But it’s very interesting to me how Maria used love to control, and this was the main issue we really focused on. What we know about the real-life cult of Maria was that the members of the cult were not allowed to speak to anybody else… [She would say] ‘We are special, you need to be really loyal to me, and if I can’t count on your loyalty, then all hell will break loose.’ All of these really simple things that really affect your emotions—and that’s how you’re played.”

To hear more about Maria’s Paradise, watch the interview above.