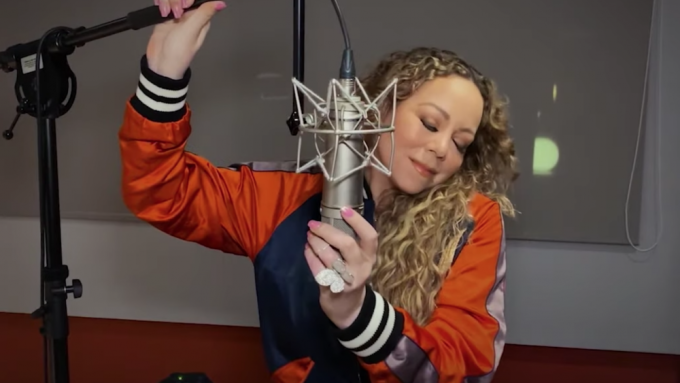 Mariah Carey is serving up some serious “Daydream”/”Butterfly”-era jams with her theme song for Mixed-ish. Appropriately titled “In The Mix”, the song made its debut at ABC’s “Embrace Your Ish” premiere event on Tuesday night.

The video for the song (which can be watched above) features clips from the black-ish spinoff which premieres September 24. We also get to see series stars Arica Himmel, Mark-Paul Gosselaar, Tika Sumpter, Christina Anthony and Gary Cole jam out to the radio-friendly bop Carey has blessed us with. The Grammy-winning singer joined executive producer Kenya Barris on stage at the “Embrace Your Ish” event to talk about the genesis of the theme song and the importance of multiracial representation on television. The song was written by Carey and produced by Carey and Daniel Moore. And if you want to have it on endless repeat it is now available for purchase where ever you buy your music.

The event also featured screenings of mixed-ish and black-ish and a recap of grown-ish. “Ish” universe stars Anthony Anderson, Tracee Ellis Ross, Laurence Fishburne, Mark-Paul Gosselaar and Tika Sumpter were all on hand to discuss their shows.

Mixed-ish follows a young Rainbow Johnson (Himmel) as she recounts her experience growing up in a mixed-race family in the ‘80s and the dilemmas they face to acclimate in the suburbs while staying true to themselves. Bow’s parents, Paul (Gosselaar) and Alicia (Sumpter), decide to move from a hippie commune to the suburbs to better provide for their family. As her parents struggle with the challenges of their new life, Bow and her siblings navigate a mainstream school in which they’re perceived as neither black nor white. This family’s experiences illuminate the challenges of finding one’s own identity when the rest of the world can’t decide where you belong.