Continue to Deadline SKIP AD
You will be redirected back to your article in seconds
Skip to main content
August 5, 2020 1:27pm
4Comments 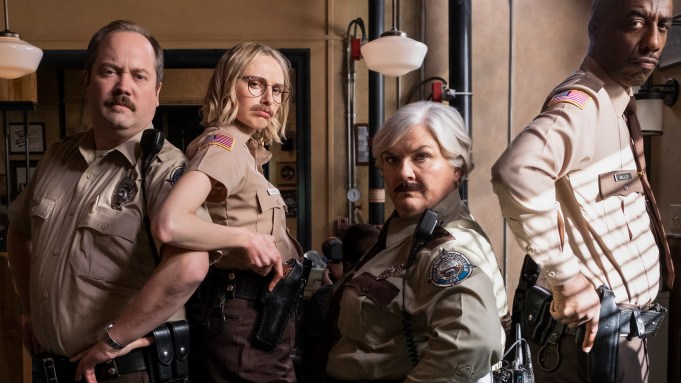 The trailer for the Quibi series, which dropped Wednesday, sees Pell’s mystery author Abigail Mapleworth and Magnus’ mystery enthusiast attempt to solve the quirky homicides plaguing their small town of New Woodstream. The murders are far from the usual as residents seem to die by way of ham, rolling barrels and more.

Each episode will feature guest victims and suspects as the team works their way to the bigger crime connecting the string of murders. Tina Fey, Wanda Sykes, Chris Parnell, Nicole Byers and Andy Samberg are among the special guests set to make appearances through out the series.