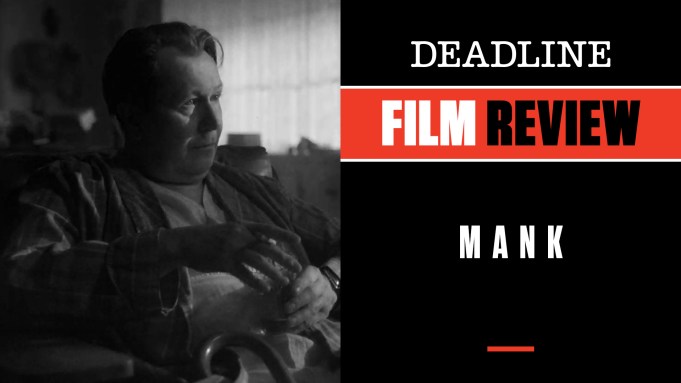 For decades a majority of film historians and critics have placed Orson Welles’ seminal 1941 classic Citizen Kane at, or near, the top of just about every list of the greatest films ever made. I recently re-watched it in preparation for seeing David Fincher’s remarkable new film Mank .

Mank tells the tale of screenwriter Herman Mankiewicz who wrote — or co-wrote, depending on who you choose to believe — Kane and shared its only Oscar win, from nine nominations, for his efforts.

Welles of course was a boy wonder who, at age 24, came roaring into Hollywood, able to write his own ticket due to previous success on radio. Welles took on the tasks of starring in, directing, producing and also sharing that writing credit for the landmark, thinly disguised story of William Randolph Hearst, the media giant who Welles plays as Charles Foster Kane.

The original advertising slogan for the movie said simply, “It’s Terrific!” And indeed it is. So is Fincher’s take which is not about the making of Kane, not about Welles at all, but rather Mankiewicz, the alcoholic gambler and hard living Hollywood writer who stumbled onto a film subject that would become a remarkable benchmark in the history of movies.

Gary Oldman, who is a couple of decades older than the real Mank but looks physically perfect as the man who appeared well beyond his actual age, is exceptional as the studio veteran with credited and uncredited work on the likes of Wizard Of Oz, Marx Brothers comedies etc.

Mank, as everyone called him, seizes an opportunity to write a script for Welles (Tom Burke in a nifty impression) and stays holed up, often writing in bed, with his secretary Rita (Lily Collins) as he summons memories of his Hollywood past to write what would become Citizen Kane.

Mank had a checkered past including run-ins with MGM bosses Louis B. Mayer (a very amusing Arliss Howard) and his number two Irving J. Thalberg (Ferdinand Kingsley), as well as the movie star Marion Davies (Amanda Seyfried) who he befriended in his studio days. He also had encounters with Davies’ infamous lover Hearst (a hauntingly fine Charles Dance), many of them at those iconic Hearst Castle dinner parties where Mank had some memorable nights due to his drinking and witty repartee.

Commissioned to write a script, Mank drew on this unique background, turning Hearst into the fictional Kane, an act that would eventually draw the wrath of the titan and even threaten the release of the film itself. In an uncanny subplot, particularly with its relevance for today thanks to Donald Trump, Mank weaves in the writer’s involvement California gubernatorial candidate Upton Sinclair, trying to help to fend off the phony news reels drummed up by Mayer and Thalberg to help Sincliar’s opponent Frank Merriam. What they did was essentially create “fake news.”

Though this is a fascinating offramp in Fincher’s film – which was written by his late father Jack Fincher more than three decades ago – the real meat is the effort to finish the screenplay as we flash back to the inspirations of his travels during Hollywood’s Golden Age, plus his battles with the bottle and addiction and the creation of a masterpiece centering on a man who seized power in any way he could.

The towering performance at its heart by Oldman, coming off an equally monumental turn as Winston Churchill that won him an Oscar, compliments the best work of Seyfried’s career as she touchingly paints a portrait of Davies, an actress so unfairly fictionalized in Kane. Fincher has compiled a superb supporting cast that also includes fine work from Tom Pelphrey as Mank’s brother Joseph Mankiewicz – who would win several Oscars in his writing directing career – and a lineup of numerous others, many playing real life figures.

For his 11th feature film Fincher has assembled a murderers’ row of behind the scenes talent. The list includes Erik Messerschmidt, who delivers stunning black and white cinematography; Kirk Baxter, whose editing dazzles; superb production design from Donald Graham Burt and his team of Art Directors and Set Decorators; Trish Summerville’s luscious costumes; and smart special effects, the latter responsible for digitally recreating much of the era. The music from Trent Reznor and Atticus Ross hits all the right notes to set the mood for a film intentionally made to look like it might have been actually made in 1940.

I can tell you one group that is going to stand up and cheer for this film: The Writers Guild. This project is very much a tribute to screenwriters, the often forgotten artists in the making of a film. A confrontation scene over taking credit for the script of Citizen Kane between Welles and Mank is one for the ages. So is Mank.

Netflix will open it theatrically on November 13 and start streaming it on December 4. Check out my video review with scenes from the film at the link above.

Do you plan to see Mank? Let us know what you think.