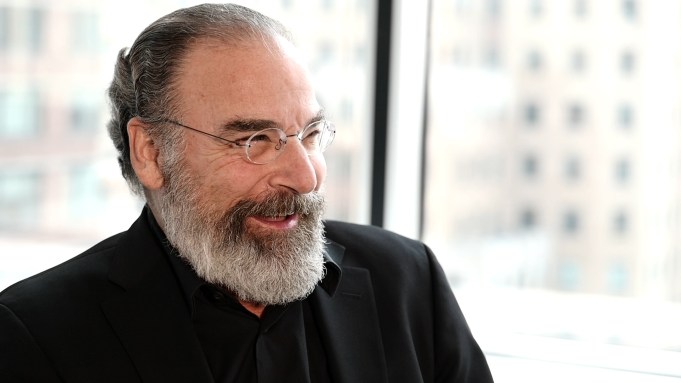 Mandy Patinkin is truly a star, as they say in showbiz, of stage, screen and television, having won multiple Tony nominations and a win as Che Guevara for Evita, as well as a Golden Globe nod for Best Actor Comedy or Musical opposite Barbra Streisand in Yentl. On television, he has received no less than seven Emmy nominations including a 1995 win for Chicago Hope. Perhaps his most indelible role on the small screen, however, is the one he currently has as Saul Berensen on Showtime’s Homeland, for which he received Supporting Actor in a Drama Series Emmy nods in 2013, 2014 and last year. He is a strong contender again this year for perhaps the series’ most intense season yet.

I traveled to New York earlier this month to interview Patinkin in the high-rise offices of Showtime for my Deadline video series The Actor’s Side, and we talked about a career that has effortlessly found success in many mediums but which started with singing — Patinkin has recently been traveling with his own concert show, in between seasons of Homeland, and has a new CD coming out as well.

We discuss his Broadway roots, working with Streisand, his unforgettable role in The Princess Bride as the inimitable Inigo Montoya, and the intense chemistry he has on screen opposite Claire Danes in Homeland — and whether the series’ upcoming eighth season will be its last.