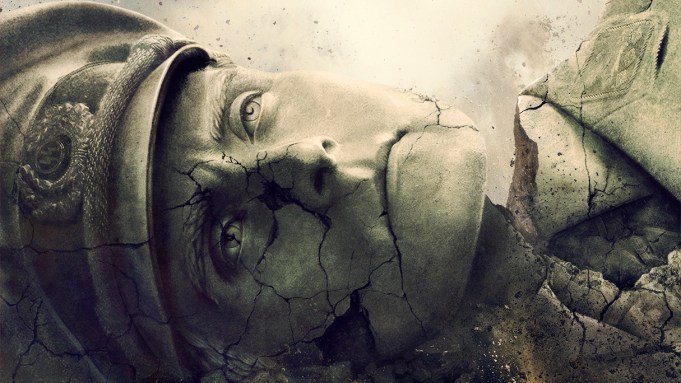 EXCLUSIVE: The words “lady, it’s OK” are probably not what Man in the High Castle’s Juliana Crain expected to hear from the man she’s known as Reichsmarschall John Smith, but that is the multi-universe path laid out in the opening of the fourth and final season of the Emmy-nominated Amazon drama.

Picking up right from the end of Season 3, the first few minutes of the 10-episode fourth season of the alt-history drama based on Phillip K. Dick’s 1962 novel were revealed today at the show’s packed Comic-Con panel – as you can see in the video above.

Moderated by myself, the panel also dropped that the final season will premiere on November 15 on the Jeff Bezos-owned streamer. While the clip and the debut date are new, the end of MITHC is nothing new. Deadline exclusively reported back in February that the Frank Spotnitz developed series would be concluding after the upcoming fourth season.

With increasing poignancy for our times since its early 2015 debut, MITHC meticulously and often chillingly depicts an alternative history where the harsh Nazis and Imperial Japan won World War II and carved up the globe, including the crown jewel of North America. Almost two decades into their rule a resistance has emerged fueled by mysterious films that show a reality much like our own.

Following Season 3’s destruction of American icons like the Statute of Liberty and the Liberty Bell and the shooting of the new Fuhrer Heinrich Himmler, that resistance looks set to turn into an out and out revolution. An uprising with even greater urgency as the Nazis looked poised to unlock pathways to other universes for conquest.

However, in that context, today’s panel at SDCC was as much a fete as it was a farewell with cast and producers reflecting on what has passed and what is to come in this very different and very similar world of MITHC.

Acclaimed for his role as North America’s top Nazi, Sewell himself also received an Emmy nomination on July 16. The nod wasn’t for MITHC but for the British actor’s Outstanding Guest Actor in a Comedy Series stint in that other Amazon series, The Marvelous Mrs. Maisel. Along with Robert De Niro and Matt Damon’s SNL appearances, Sewell is also up against fellow MMM guest actor Luke Kirby in the category.

That’s a whole other set of stakes.