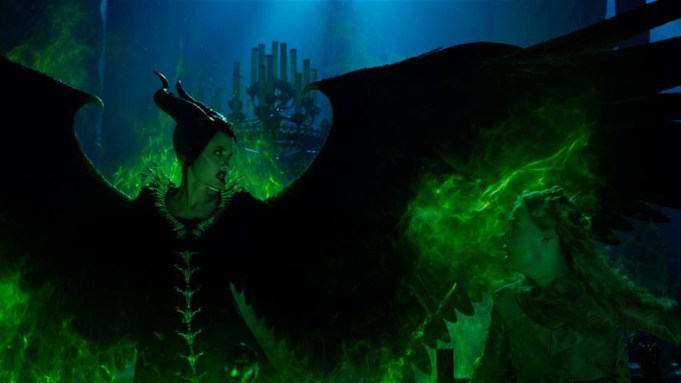 In the sequel, it appears Jolie’s Maleficent is being an over-protective mother and is having trouble letting up of goddaughter Aurora as her wedding to Prince Phillip (Dickinson) nears. It comes to a climax in a disastrous banquet, with Maleficent declaring “There is no union and there will be no wedding!” That follows with Maleficent waging war against the Kingdom of Ulstead.

Joachim Ronning directs the sequel to the $758.5M global grossing 2014 hit which centers around the femme villain from Disney’s classic Sleeping Beauty.