Continue to Deadline SKIP AD
You will be redirected back to your article in seconds
Skip to main content
February 24, 2020 9:00am
1Comments 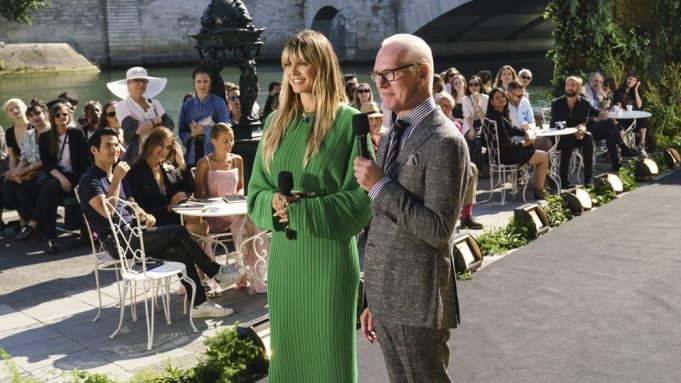 Fashion icons Heidi Klum and Tim Gunn are bringing their sense of style and knowledge to the forthcoming Amazon Prime reality competition Making The Cut, where 12 designers will compete to win a million dollars to invest in their brand and the opportunity to create an exclusive line available on Amazon Fashion.

The first trailer for the Amazon series gives a peek at all the style and talent to expect from the designers and we also get to see Klum and Gunn as well as judges Naomi Campbell, Nicole Richie, Joseph Altuzarra, Carine Roitfeld and Chiara Ferragni giving their hot takes on the designers’ work.

In the 10-episode series premieres on March 27 and the designers will compete in New York, Paris and Tokyo to bring their brands to the next level. Each week, two episodes will debut and the winning look of each episode will be available for purchase (each look will go for under $100) immediately after the show on Amazon in 200 territories where the series will be available. Making The Cut will be the first-ever global and instantly shoppable series with the limited editions of the winning look from each episode being available for purchase exclusively on Amazon in the Making the Cut store.