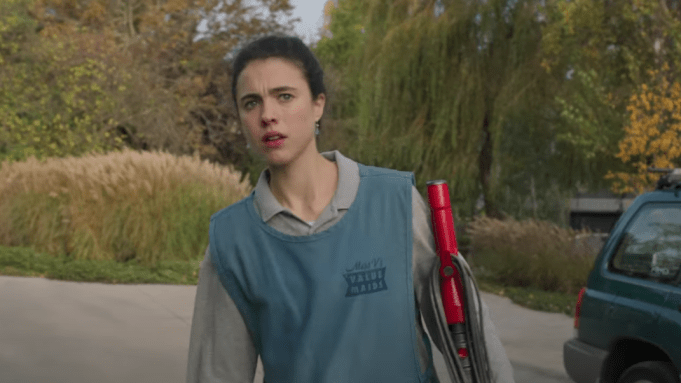 UPDATED with full trailer: Single mother Alex describes a life of luxury that’s far from the reality of her own in the trailer for Netflix’s Maid.

“It’s a story about a woman. She lives in a big beautiful house – the kind of house that’s on the cover of magazines. She has a personal trainer and a financial adviser,” Margaret Qualley’s Alex imagines.

Inspired by Stephanie Land’s best-selling memoir Maid: Hard Work, Low Pay and a Mother’s Will to Survive, Maid centers on Alex, who turns to housekeeping to make ends meet as she battles against poverty, homelessness and bureaucracy. In the trailer, Alex’s reality consists of tiresome days polishing mansions from top-to-bottom, relying on assistance programs like S.N.A.P. to provide for her family and struggles just to survive.