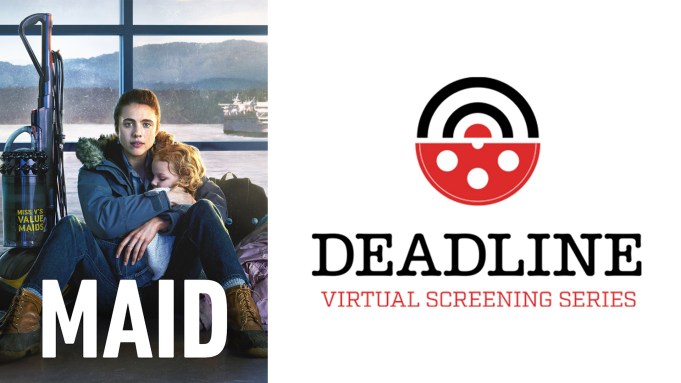 Adapted from Stephanie Land’s 2019 autobiographical book Maid: Hard Work, Low Pay, and a Mother’s Will to Survive, Netflix’s recent ten-part mini-series stars Margaret Qualley as Alex, a young mother who leaves an abusive relationship with her infant daughter and tries to make ends meet as a cleaner. The book was an instant success on publication, hitting the upper echelons of the New York Times bestseller chart and even making former president Barack Obama’s Summer Reading List that year. Speaking to Deadline’s Antonia Blyth, E.P. John Wells—director of the first two and last two episodes of Maid—revealed that the project came to his company almost by chance.

“We were very fortunate to be given the [book]—along with Lucky Chap, who are our producing partners on this—to take a look at, when it was in its early drafts, by our agents at CAA,” he recalled. “We read it and we were just very moved by it. I think we all have sort of a belief that someone in this situation would at least have some support, and the book clearly outlined just how difficult [Land’s] situation had been.”

Wells gave the book to Molly Smith Metzler, who was working in the writers’ room for J.W.P’s Shameless at the time. “I was unbelievably honored to get to read it,” she says. “I think I was in the right place at the right time.” Like Wells, she was moved by the story, but she was also shaken by the levels of inequality that still exist in today’s society. “It made me angry,” she explained, “and, as a mom, it broke my heart, because it shouldn’t be that hard to provide for your child. It really fired me up, and I couldn’t stop thinking about it—which is generally a sign, as an artist, that you should lean in.”