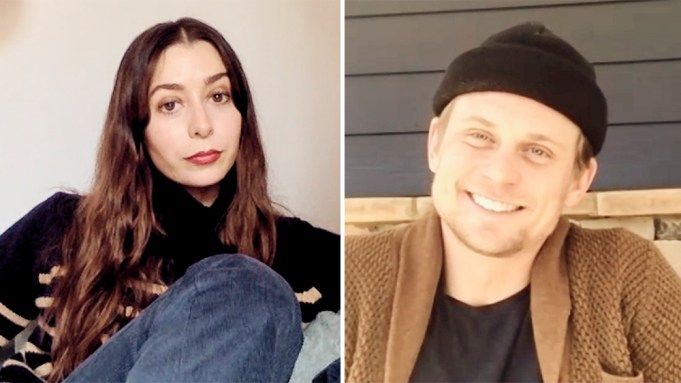 HBO Max brought its latest series, Made for Love, for Day 2 of the virtual South by Southwest Festival. Based on Alissa Nutting’s novel, the 10-episode, half-hour tragicomedy stars Cristin Milioti and Billy Magnussen.

The dark comedy follows Hazel Green (Milioti), a thirtysomething woman on the run after 10 years in a suffocating marriage to an unstable, needy, possibly sociopathic tech CEO billionaire named Byron (Magnussen). Soon she discovers he already had implanted a revolutionary monitoring device – the Made for Love – in her brain, allowing him to track her, watch her and know her thoughts and feelings as she tries to stay alive.

“I never read anything like that. The world of it is so wild and the premise is so wild, and I was really interested in portraying this person who is so out of touch with themselves” said Milioti who, along with Magnussen, dropped by Deadline’s virtual SXSW studio ahead of the show’s festival premiere.

“I’d never seen a marriage like this portrayed,” she added. “I’d certainly never seen the relationship between a father and daughter. And a woman going through the inability to know what she’s feeling and thinking. I was very, very fascinated by that.”

Magnussen plays the alpha-male, arrogant, Elon Musk-like tech genius who challenges the traditional means of making human connections in favor of a revolutionary approach that requires couples to be chipped in order for them to form a meaningful connection.

“In the tech world, everything’s coded and structured,” said Magnussen. “I thought the idea of playing a character that thought he could do the same thing with love and human connection — and the truth is you can’t — was a really fascinating approach the guy.”

Speaking of human connection, the show comes at a time when human connections have been scarce due to the pandemic and stay-at-home orders. The stars hope Made for Love can be a reminder of the “vulnerability of connecting with someone again.”

“We’ve disconnected, ironically, by connecting to the internet,” Magnussen said. “And especially with the pandemic, we’ve been literally isolated constantly. And I think we’re all craving this human contact. I think that really bleeds into our story, this vulnerability of connecting with someone again and the messiness that comes with all of it.”

“It’s about people who are desperate to connect,” Milioti added, calling the show “relatable.”

“Everyone wants to connect,” said Milioti.

“That’s one of the hardest parts about being alive — or it’s a challenge in life — is connecting and being seen and seeing people how they want to be seen.”

Made for Love, which produced by Paramount Television, premieres today at SXSW before being available to stream on HBO Max starting April 1.

Check out the full interview above..