Continue to Deadline SKIP AD
You will be redirected back to your article in seconds
Skip to main content
April 8, 2021 9:59am 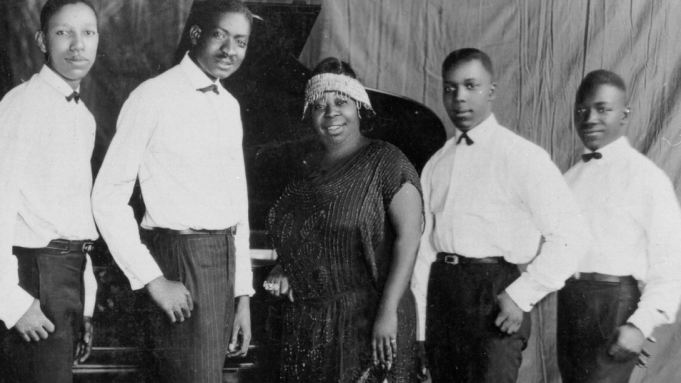 EXCLUSIVE: Hot on the heels of SAG wins for Viola Davis and Chadwick Boseman for their leading performances in the film adaptation of August Wilson’s Ma Rainey’s Black Bottom, a documentary short on the life of the real Ma Rainey hits the airwaves at 7 p.m. Monday, April 12, on KCBS in Los Angeles. And after its premiere, Ma Rainey: Mother of the Blues will be available not only on the Netflix FYC site, but also Collection:Live, the Grammy Museum’s official streaming site. The special is presented by Netflix and the Recording Academy’s Grammy Museum.

The film, now streaming on Netflix, is nominated for five Academy Awards including for Davis and Boseman as well as Hair and Makeup, Costumes, and Production Design.

An inspiring tribute to the artist herself, Ma Rainey: Mother of the Blues takes a deeper look at the real Ma Rainey — an incredible musician and pioneer, way ahead of her time, who overcame obstacles dealing with rights to her music, her sexuality and her worth as a female struggling to keep her band together in the 1920s. The special follows Ma Rainey’s story from her traveling minstrel shows to becoming one of the most powerful women of her time. Featured in the show are Davis; producers Denzel Washington and Todd Black; director George C. Wolfe; music legends Bonnie Raitt (who inducted Ma Rainey into the Grammy Hall of Fame), Branford Marsalis, Melissa Etheridge and Jimmy Jam; the Oscar-nominated hair, makeup, and costume team responsible for creating Ma’s distinctive look; and various cast members of the acclaimed film are featured in the show.

Adapted from two-time Pulitzer Prize winner August Wilson’s play, the motion picture celebrates the transformative power of the blues and the artists who refuse to let society’s prejudices dictate their worth. Directed by Wolfe and adapted for the screen by Ruben Santiago-Hudson, the film is produced by Fences Oscar nominees Washington and Black. Colman Domingo, Glynn Turman, Michael Potts, Taylour Paige and Dusan Brown co-star alongside Grammy winner Marsalis’ score.

In addition to streaming the show from April 13-May 1, the Grammy Museum will be providing educators, through its relationship with the Recording Academy’s Los Angeles-based museum, full access to a treasure trove of materials about Ma Rainey and also the opportunity to host “History of the Blues” workshops, which will be taught to students throughout the school year.

Madelyn Hammond And Javier Infante produced  the special. Watch an exclusive clip at the link above.