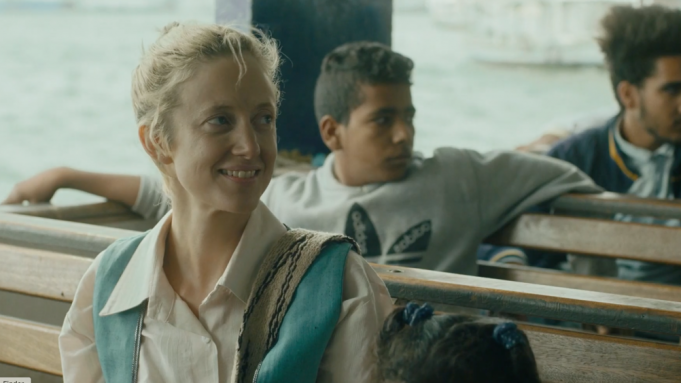 EXCLUSIVE: In Zeina Durra’s Luxor, Andrea Riseborough (Birdman, Oblivion) plays Hana, a British aid worker who returns to the titular ancient city of Luxor. While there, she comes across Sultan (Karim Saleh), a talented archeologist who also happens to be a former lover. The above clip shows their encounter.

While in Luxor, she tries to seek mental peace after working at a clinic in Ramtha, on the Jordanian-Syrian border, where she specialized in treating victims wounded in the war in Syria. As she wanders the city, she is haunted by the familiarity of all of it as she struggles to reconcile the choices of the past with the uncertainty of the present.

Luxor marks Durra’s follow-up to her debut feature The Imperialists Are Alive! which premiered at Sundance 10 years ago and was a nominee for the Grand Jury Prize. In addition to Luxor, Riseborough also appears in Brandon Cronenberg’s Possessor which also makes its debut at Sundance this year. Both films are in the World Cinema Dramatic Competition category.

Durra wrote and directed the film and produces alongside Mohamed Hefzy, Mamdouh Saba and Gianluca Chakra. The production company is Film Clinic in association with Front Row Filmed Entertainment and Film Factory

Luxor is set to make its World Premiere at Sundance on Monday, January 27 at 3 pm at the Library Center Theatre.

CAA is handling domestic sales while Totem Films is selling for international.