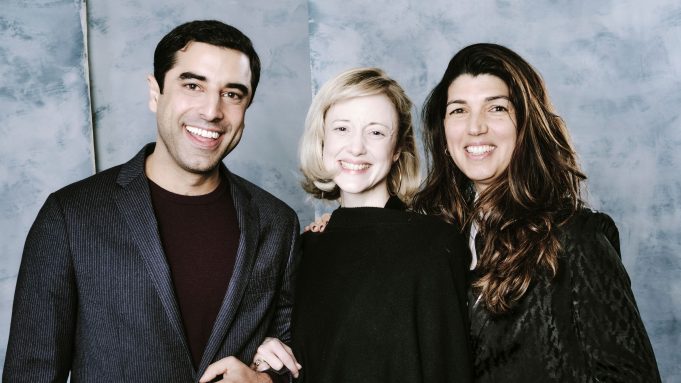 When Andrea Riseborough read Zeina Durra’s script for Luxor, she was immediately drawn in, signing onto the film, and heading to Egypt for a low-budget indie shoot within a matter of days.

“I think it was a combination of a lot of different things that were pushing us all toward making it, and making it so quickly,” the actress told Deadline yesterday. “There was something really magical and authentic and really, really unusual about the script, in the sense that you’re with the psyche of a woman who’s been through some incredibly difficult things. “

Produced by Mohamed Hefzy, Luxor centers on Hana (Riseborough), a British aid worker who heads to the Egyptian city, following a traumatic experience treating victims of the Syrian Civil War. Returning to the city she’d lived in during her 20s, Hana runs into Sultan (Karim Saleh), a talented archeologist who is also her former lover, struggling thereafter to reconcile the choices of her past with an uncertain present.

For Durra, this story emerged almost fully formed from a dream. “I had this dream about Luxor, which I’d been to when I was much younger, and this woman walking around. The next day, I called up Zelmira [Gainza], the DP, who’s a good friend of mine,” the director explained, sitting down at Deadline’s Sundance Studio with the film’s stars. “I was just riffing about this dream I’d had, and I said, ‘I really think this is a film. It could be just a really beautiful, small film that we make.'”

Finding Durra’s script to be incredibly layered, and spiritually rich, Saleh was approached for the film at a time when he felt a kind of homesick longing—a desire to revisit something from his own past. “I knew that with Zeina, it would be a brand new take on something that I thought I understood. I knew I was gearing up for an adventure, and I couldn’t resist it,” the actor shared. “From the moment I put [the script] down, I was haunted by the characters and their journey. It was something I couldn’t help but have a desire for.”

To take a look at our conversation with the director and stars of Luxor, click on the video above.