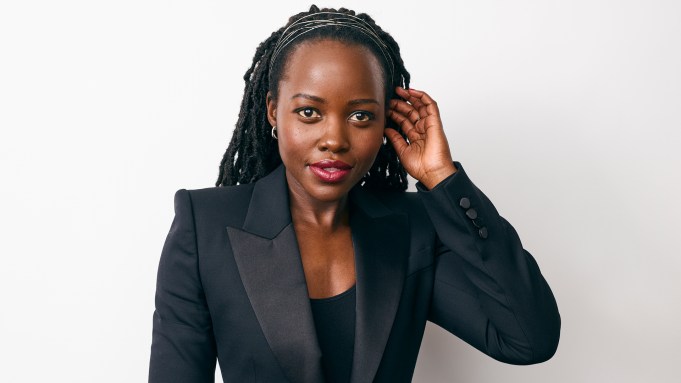 Genre films famously don’t tend to figure in the awards conversation, but nine months after the release of Jordan Peele’s sophomore horror Us, there’s still a lot of talk about Lupita Nyong’o’s impressive double performance. At the beginning of the film the Oscar-winning actress plays Adelaide, a suburban mom on vacation with her family. But soon we are introduced to Red, her angry doppelganger, who has been living in an underground facility beneath the Santa Cruz boardwalk.

In conversation with Deadline’s Amanda N’Duka recently at The Contenders New York, Nyong’o spoke about the practical difficulties of playing two parts.

“It was very, very, very challenging,” Nyong’o said, “because in this film I had to hold down both sides of the argument, and I had to be both the offender and the offended. So it was about understanding the emotional landscape of each character, but it was also about having a very strict discipline [for myself] in terms of playing them, both physically and mentally — creating myself a road map.”

She credited the writer-director for helping her to negotiate that. “Jordan Peele writes with real specificity, so it was very helpful to get his input,” she told the DGA Theater crowd of Academy and guild voters. “Red, he called her a queen, so there was something regal about her, but she’s also like a cockroach, so there’s something a little menacing and also resilient about her. And that governed how I went about creating this stylized character. Adelaide is a more naturalistic character. She’s trying to get by unnoticed, so there’s something more just more naturalistic about her, and when the two come head to head, it’s intense. But it was also really fun to be able to do such extreme things and really advocate for both perspectives.”

The biggest challenge of all, Nyong’o recalled, was “sustaining the fear.”

“You know,” she said, “fear is not an emotion that we’re supposed to experience all day long, and yet a lot of this film is about that — that heightened feeling that anything could happen.”