Continue to Deadline SKIP AD
You will be redirected back to your article in seconds
Skip to main content
January 14, 2022 9:30am 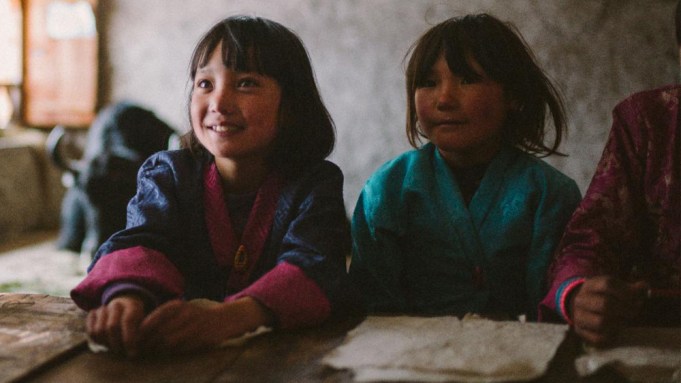 Here’s one for fans of the underdog. Check out the first trailer for Lunana: A Yak in the Classroom, a drama from Bhutan that made as a long a journey to the Oscar shortlist as its protagonist does in the film. Have a look above.

Directed by Pawo Choyning Dorji, the pic follows Ugyen (Sherab Dorji), who is struggling with his chosen profession and is disappointed to learn that for his final year of training, he’ll be sent to teach in Lunana – the nation’s most remote school and a staggering seven-day walk from the nearest drop-off point. The high altitude and lack of amenities finds Ugyen wanting to leave almost as soon as he arrives, but the local children welcome him and try to win him over. They don’t have long, though: He must decide whether to stay or go before the punishing winter reaches this glacial part of the Himalayas.

Ugyen asks a local just why is the titular yak is in the titular classroom. “We start our fires with yak dung,” he’s told.

An Audience Award winner at the 2020 Palm Springs International Film Festival, Lunana: A Yak in the Classroom was a serious long shot even to get the Movie Academy’s attention. It was submitted for consideration for last year’s Academy Award for International Feature, but was not accepted because the South Asian nation hadn’t submitted a film since it’s lone entry in 1999 and didn’t have an officially recognized committee.

The government got involved and formed National Film Commission of Bhutan, which the Academy recognized last year and accepted as an entry for the 94th Oscars. Two weeks ago, Lunana beat the odds and made the International Feature shortlist — making Bhutan one of three countries to make the cut for the first time, along with Kosovo and Panama,.

Samuel Goldwyn Films opens the 2019 pic January 21 at the Laemmle Royal in Los Angeles as well as in New York, San Francisco and Miami. Here is the key art: