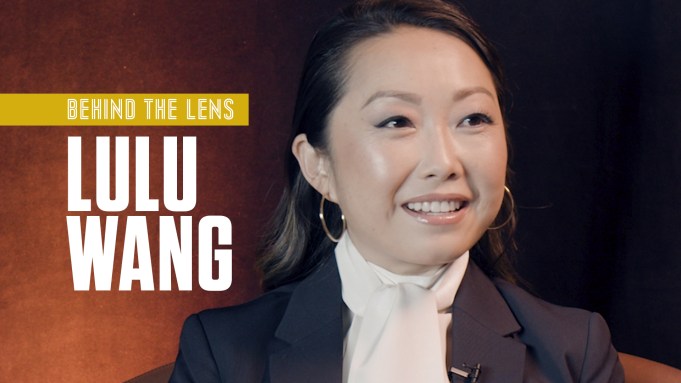 Although she was one of many deserving women NOT nominated for the suddenly controversial all-male lineup of Best Director Golden Globe contenders Monday, Lulu Wang is continuing to ride a wave of praise from critics groups and other awards entities for her much acclaimed hit indie film The Farewell, which DID win her a Globe nomination however for Best Foreign Language Film.

The movie, which also earned a Best Original Screenplay nomination from the Critics’ Choice Awards, is about a Chinese family who stage a wedding as a ruse to keep their matriarch grandmother’s terminal diagnosis a secret from her, but look to find a way for a final farewell.

As Wang disclosed when she came to our Deadline studios to tape an episode of my Behind the Lens video series, this is very much a true story based on her own family and grandmother — or Nai Nai, as she is known in China. It has actually been six years since the real diagnosis, but Nai Nai is still going strong against all medical predictions. As Wang tells me in our chat, Nai Nai even visited the set not knowing it was about her, and still doesn’t as the film opens in China under the title Don’t Tell Her. We also talk about the censorship problems of shooting in China, why she wanted to tell a story of an immigrant family in America, the casting of comedian Awkwafina, and how getting fired from Pineapple Express gave her career a real shot in the arm.