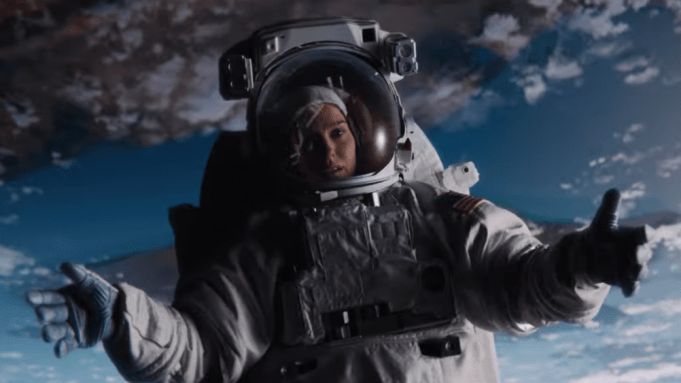 In the first full trailer for the Noah Hawley-directed Lucy in the Sky, Natalie Portman plays the titular astronaut and at one point in the trailer she says that space is the “Only place where anything makes sense.”  Based on the trailer, that sentiment is true — well for her character at least.

In Hawley’s feature debut, Portman plays Lucy Cola, a woman whose determination and drive as an astronaut take her to space, where she’s deeply moved by the transcendent experience of seeing her life from afar. Meanwhile, back at home, as Lucy’s world suddenly feels too small, her connection with reality slowly unravels. Hawley directs from a script written by Brian C. Brown and Elliott Diguiseppi who also serve as executive producers.

As the creator of the surreal comic book series Legion, Hawley brings that aesthetic to the big screen with Lucy in the Sky but dials it down a bit (at least that what it seems like in the trailer. It is clear that Lucy has some problems with her husband Drew (Dan Stevens) and what seems to be an affair with a fellow astronaunt Mark (Jon Hamm). All the while she is grappling with what seems to be an obsession about space.

The film, which will make its world premiere at the Toronto International Film Festival next month, also stars Ellen Burstyn, Zazie Beetz, Nick Offerman and Tig Notaro. Watch the trailer above and check out the debut poster below.