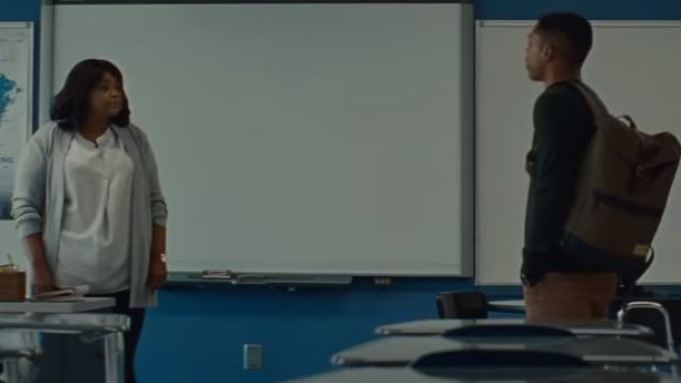 “You don’t conform to what she wants, and suddenly you’re the enemy,” the model student says about his teacher. “I can tell the difference between miscommunication and provocation,” she says of a paper he wrote. “This woman has some kind of vendetta against Luce,” the teen’s adoptive parents say about her. And it’s on.

Here is the first trailer for Luce, the psychological thriller that premiered at Sundance in January. Kelvin Harrison Jr. stars as an African teenager and former child soldier now living with loving adoptive American parents (Naomi Watts and Tim Roth) in a suburban community. Luce’s idealized image is challenged by one of his teachers (Octavia Spencer) when his unsettling views on political violence — “a necessary cleansing force,” he calls it — come to light, putting a strain on family bonds while igniting intense debates on race and identity. Norbert Leo Butz co-stars.

Julius Onah directed the pic, which he co-wrote with JC Lee based on the latter’s play. John Baker, Onah and Andrew Yang produced. Rob Feng, Amber Wang and Le executive produced. Eric Ro co-produced. Neon and Topic Studios acquired Luce days after its Sundance bow and will release it theatrically on August 2.

Check out the trailer above and tell us what you think.