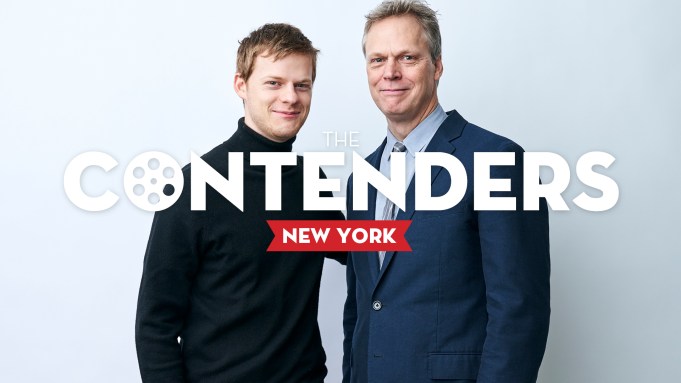 It was a father-and-son moment when Ben Is Back writer-director Peter Hedges was joined on Deadline’s The Contenders New York stage by son Lucas Hedges, who plays the title role in dad’s film about a drug-addicted son who leaves rehab to spend the holidays with his family, among them his mother played beautifully by Julia Roberts. The occasion that brought the pair together was the Roadside Attractions/LD Entertainment portion of Deadline’s first NYC all-day awards-event last month at the DGA Theater.

In front of an invite-only audience of AMPAS and key guild voters, Peter Hedges discussed his reasons for tackling this difficult and urgent subject matter, saying he wanted to make something real, raw, relatable and uncompromising — especially after personally experiencing drug tragedies among some of the people closest to him, as well as someone he describes as “my favorite actor ever.”

Lucas tells what it was like working with his father, and why he wasn’t so sure it would be a good idea. He knew the gig with Roberts would work out, but wasn’t initially keen on working with a parent. But the Oscar-nominated co-star of Manchester By the Sea, as well as two other films this year alone (Mid90s, Boy Erased) and the current Broadway play The Waverly Gallery, said he learned to love the experience.

“It isn’t often you get the unconditional love of your director,” he said to big laughs.