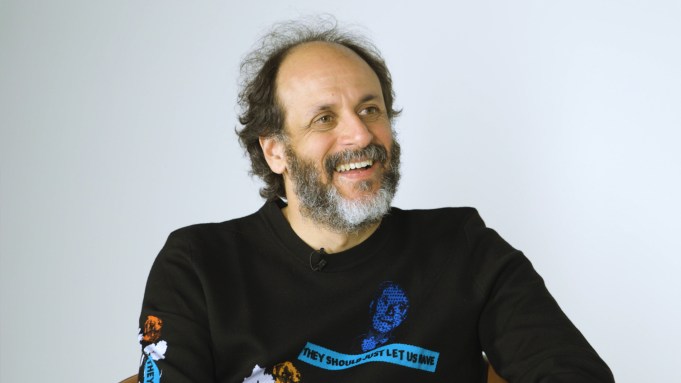 There is no question that Call Me By Your Name has been on a roll this awards season, picking up SAG, WGA and, this morning, a PGA nomination, as well as several critics awards in addition to Golden Globe and Critics’ Choice noms. Its director Luca Guadagnino stopped by our PMC studio for an episode of my new Deadline video series Behind The Lens, which explores the art of the director — and in the case of this artist that is a very apt description.

Guadagnino considers Call Me By Your Name to be the third in trilogy of films he has made including I Am Love and A Bigger Splash, and in our conversation he gives the specific reasons why they are so connected. We talk about the universal theme of first love, and how even in the context of a gay relationship it is something with which everyone can identify. He also talks about his desire to do a series of sequels following the character played by Timothee Chalamet, and offers high praise for Chalamet and co-star Armie Hammer.

Guadagnino also touches on the long development process for his films, working with 87-year-old James Ivory who wrote the Call Me by Your Name screenplay and was at one time going to direct, ageism in the business, his muse Tilda Swinton, and getting roundly booed in Venice with his first film.