Continue to Deadline SKIP AD
You will be redirected back to your article in seconds
Skip to main content
May 19, 2019 6:05am 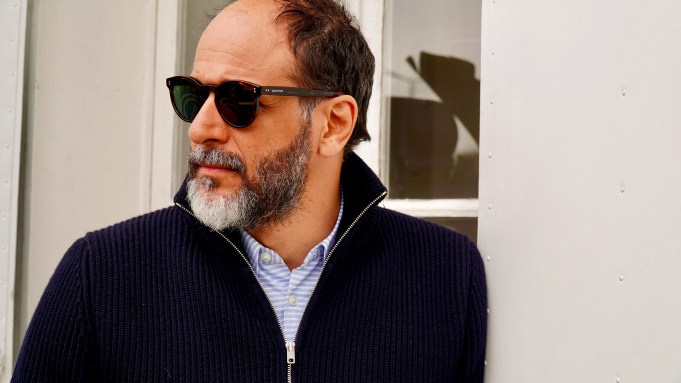 Guadagnino stopped by our studio in Cannes to discuss the film. The Italian filmmaker explained its origins, “I have followed Pier Paolo’s wonderful work for a long period. If I have the time, I’d always prefer to be doing something, and I felt that in his work there was a narrative to be fleshed out. Last July I asked Valentino to invite me and the brilliant young writer Michael Mitnik to a show. We were overwhelmed by the beauty of the clothes. There was a stream of consciousness through the collection; an idea of an ideal woman. I’ve always been attracted by dream, the unconscious and the id. After the show we talked with Pier Paolo and we started sharing ideas. Michael wrote the script. Francine Maisler [casting director] went out to the great cast. Everything came together like that.”

In the video above Guadagnino also talks about how he approached the film differently to making a feature length film, including how he adopted a new type to camera work.

Arthouse cinema lover Guadagnino has long played with homage in his movies. Suspiria included many nods to filmic and visual artists. The Staggering Girl opens with a title sequence and early scenes which reference the films of Woody Allen [Another Woman, specifically]. Guadagnino discussed this homage and how the current clouds hanging over Allen won’t impact how he considers the filmmaker’s work. In general, he said, he prefers to separate the artist and the art, noting his appreciation for novels The Scarlet Letter (about shaming and social stigmatizing) and witch-hunt classic The Crucible.

“I’m obsessed with main and end title sequences. I always found Woody Allen’s way of making credits to be fantastic…[To feel trepidation about referencing Woody Allen]…would be a sort of oppressive dictatorship. It would be upsetting to think you can’t pay homage to someone who has been influential in your imagery and upbringing because there is someone, or a group, who thinks the filmmaker should be banned. One of the novels that has been most enlightening to me is The Scarlet Letter and I also think about The Crucible a lot. I think cinema today somehow moves at a different speed. There is a technique in artistic evaluation which makes biography coincide with someone’s output and content. It’s very discredited so I tend not to do that.”

Next up, Guadagnino will take on his first TV series, We Are Who We Are, for HBO and Sky. Wildside is producing the coming-of-age story about two teenagers living on a U.S. military base in Italy.

“My two next projects are TV series We Are Who We Are and movie Blood On The Tracks. I’m just prepping the series, and Richard LaGravenese has written a staggeringly beautiful script [for the movie] which I can’t wait to put on screen.”

As for the Call Me By Your Name sequel? “[Author] André Aciman has just announced the October release date for Find Me, which is the sequel to the novel Call Me By Your Name. I have the privilege of having it now and I’m going to read it after the festival. So, we’ll see.”