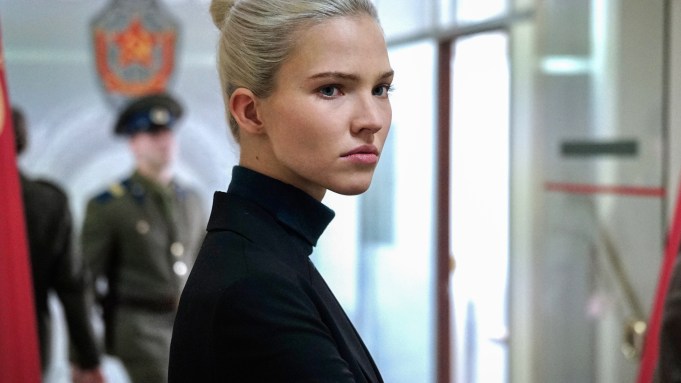 Following his ambitious sci-fi spectacle Valerian and the City of a Thousand Planets, French filmmaker Luc Besson goes back to his assassin hyper-action roots on June 21 with Anna from Lionsgate/Summit.

Sasha Luss stars as Moscow fashion model turned government assassin Anna Poliatova, who has the fighting skills to bring down an entire restaurant — male guests, cutlery, plate ware and all. She’s assigned to a top secret case in Paris per her boss played by Oscar winner Helen Mirren (in an M-like role). As standard in Besson’s estrogen action canon such as La Femme Nikita, The Professional and Lucy, the fighting on screen is pure ballet. Cillian Murphy, and Luke Evans also star.

Summit acquired Anna in October of 2017, long before the sexual allegations surfaced against Besson. When the studio first learned French authorities were investigating the allegations, the mini-major hit the pause button and monitored the situation closely for several months. In the wake of French authorities deciding not to charge Besson, Lionsgate via Summit is proceeding with Anna‘s theatrical release (which is expected due to the distrib’s contractual obligations).

Anna goes up against Disney/Pixar’s Toy Story 4 on June 21 as well as Orion’s reboot of Child’s Play.